The coaches, not the players, should have been punished for the fiasco in the women's doubles, writes Andrew Binner 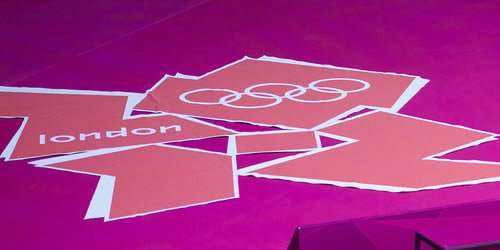 For every action, there is equal reaction and so proved the case on Wednesday when the Badminton World Federation (BWF) disqualified four badminton pairs from the women’s doubles tournament.

Subsequently one half of China’s world No1 doubles badminton team has announced her retirement from the sport such was her dismay at being disqualified from the Olympics.

The 26-year-old Yu Yang took to her blog, saying: “What you’ve cancelled is not just a game, but my dream!”

Meanwhile, Chinese Olympic officials distanced themselves from the whole saga, demanding that the players publically apologise.

However, should the authorities have been so quick to judge the players’ actions and forever condemn them to Olympic infamy?

Or should we instead sympathise to a degree with the Chinese, Indonesian and two South Korean pairs, who have possibly been punished for following coaches’ unsportsmanlike advice?

Both reactions have their advocates but perhaps we should be sympathetic. Initially, there was outrage spread among the 4,500 strong Wembley Arena crowd at the farce and blatant nature of Tuesday’s events.

Why should we have a change of heart? Well China’s badminton coach Li Yongbo, who has now stated that he should take the blame for the incident, which Chinese state media said “violates the Olympic spirit of fair competition”.

There is no denying that purposely losing a match in order to gain an advantage violates the spirit of the Olympics as they aim to promote fair competition and athletic endeavour.

The players have been made an example of, but in countries like China and Korea where the influence of governing bodies and the autocratic nature of the coaches’ rule, perhaps it is these individuals who should have been kicked out of the Games.

This would have allowed the players to continue and would surely have been the most prominent demonstration of the Olympic spirit.

It is notable that the International Olympic Committee (IOC) has in part recognised the coaches’ influence in the saga and has asked the national delegations of China, South Korea and Indonesia to investigate the role of their Coaches.

“We want to see a positive result for the sport in the Olympics. And now we make sure they (the three national Olympic committees) also consider the entourage, to make sure it is not just the athletes who are punished for this. They are looking into this,” IOC spokesman Mark Adams said at briefing on Thursday.

The new layout of the tournament – which now sees a round robin format instead of a straight knockout – is the reason that teams have been able to try and manipulate the draw.

Therefore the tournament organisers could be said to have allowed more street-wise coaches to work out there was an advantage to be gained through losing.

The problem may have been the organisers’ naivety in changing the tournament format in an age where the desire to win gold takes precedence over the ancient Olympic ideal of simply competing.

Ultimately, the firm actions of the BWF were necessary for the good of the Olympics and of badminton which has had its reputation severely damaged.

Their handling of the situation clearly ticked the right boxes with IOC vice-president Craig Reedie, former head of the BWF, who agreed with the disqualification.

“You cannot allow a player to abuse the tournament like that, and not take firm action. So good on them,” he said.

But spare a thought for those players who were most likely only following orders from a higher authority that have now had dreams shattered and countless hours of training made in vain.