It had happened only once before, at the first of London’s record-breaking three Olympics: Wimbledon hosted this most special of tennis tournaments in 1908.

Until 2012, when for one glorious week in August, the most famous tennis club in the world threw open its gates in a jamboree of colour, noise, enthusiasm and the best players in the world—all in the name of gold, silver and bronze.

Perhaps the All England Club will never look or sound the same again—and perhaps Olympic tennis will never climax with such a satisfactory, headline-filling, exuberance again. For in perfect harmony with a home nation already in a frenzy of Olympic fervour, the British man who had come close to Grand Slam victory so many times saved his best for this very week.

So it is Andy Murray who opens this list of memories that will remain etched in the lawns of Centre Court long after the Olympic torch has been handed to Rio.

The Scot who had wept tears of anguish after losing his first Wimbledon final exactly four weeks earlier wept tears of joy on the shoulder of the very same man, Roger Federer, who had beaten him back then. This time, in the same cauldron of Centre Court, Murray took gold with a flourish. This time, the sun shone through an open roof. This time, having added silver to his gold in the mixed doubles, and smiled like he had never smiled before. 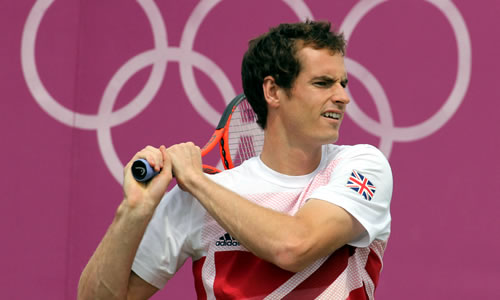 Serena Williams won Olympic gold one month after winning the Wimbledon title to become the second woman to achieve the Golden Grand Slam. But it was the style of her triumph that astonished: She dropped just 17 games—the fewest ever by an Olympic champion—and beat three No1 players in the last three matches. She was, quite simply, stunning. 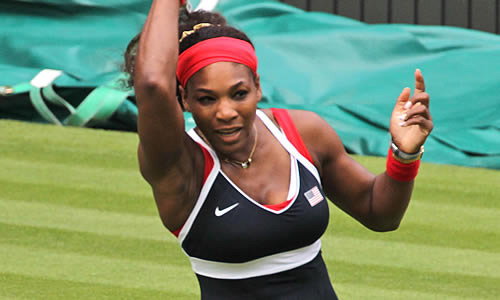 The pride of Argentina

Juan Martin del Potro showed that, once again, he may be ready to challenge at the highest level, just as he did before injury pole-axed him in 2009. At London 2012, he pushed Federer through the longest ever three-setter in the semis with the kind of tennis that had, back then, beaten the Swiss to win the US Open. And in beating Novak Djokovic to win the bronze medal, the big man from Argentina revelled in his country’s first medal of the Games: “I think I am the most happy person in the world at this moment…it’s not easy to recover and play these kind of matches but I had energy in my body, in my heart, and that helped me to play this big challenge.”

With Olympic gold, the younger Williams overtook her sister to hold more titles than any other active female player—44—but together she and sister Venus shone just as brightly. They did not drop a set en route to their third Olympic doubles title and, with a singles medal apiece, became the only two tennis players, male or female, to win four Olympic golds.

One of the most popular women in tennis took her final farewell from Wimbledon’s lawns with a quarterfinal loss to Maria Sharapova. Kim Clijsters left, as always, with gutsy, all-court tennis that pushed the eventual silver medal winner to 7-5 in the second set. London chanted her to the end—“Kimmy, Kimmy”—and she smiled that famous smile in acknowledgement. A four-time Grand Slam winner and an ambassador for her sport, she will be missed. 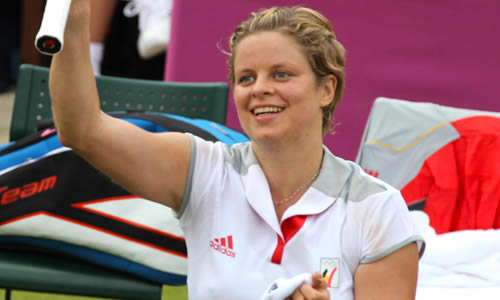 The lustre of silver

Many expected Federer to win gold after so recently taking the Wimbledon title and the No1 ranking. Many hoped he would complete the Golden Grand Slam circle. But an emotional Federer, tears in his eyes and kissing the Swiss emblem on his shirt, showed—after beating del Potro—that a medal of any colour was enough: “After my first round match…I almost broke down, but this is how much it meant to me…I felt the same way after the semis…I am very, very proud honestly to have won a silver.”

By winning doubles gold, the Bryan brothers also completed a career Golden Slam, and it meant the world: “We’ve won the Grand Slams. It’s great. But the Olympics are something special. There’s no feeling to describe what it’s like when that flag is going up and the national anthem is playing. It transcends any tennis event.”

Talking of brothers and sisters, both the women’s and men’s doubles partnerships were over 30. And, along with the Bryans, the men’s doubles semis also featured over-30s Julien Benneteau, David Ferrer, Feliciano Lopez and Michael Llodra. In the mixed doubles, Max Mirnyi, winning gold with Victoria Azarenka, became—at 35—the oldest man to win a tennis medal since the sport rejoined the Olympics in 1988. As for the women, top seeds and semi-finalists, Liezel Huber and Lisa Raymond, will be 33 and 39 respectively this month. Finally, of course, there was Federer—reaching the singles final three days short of his 31st birthday. 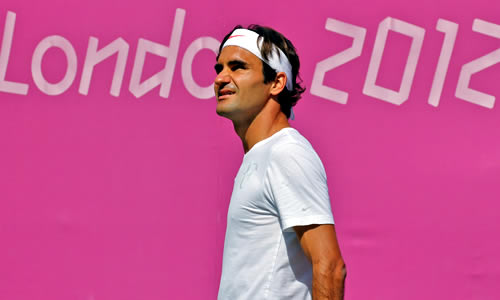 The most traditional Grand Slam venue in tennis entered into the Olympic spirit with gusto as it burst into colour—and not just any colour. Dark green court surrounds turned pink and purple, multi-hued flags and 2012 logos adorned the ivy-clad walls of Centre Court and players—normally reprimanded for wearing anything but white—donned their nation’s colours. Never has the All England Club seen its like…and there was more.

This was Wimbledon laced with a heavy dose of US Open, moments of hush interspersed by Mexican waves, tennis junkies alongside many who had never been here before. Novices avidly watched Azarenka, Petra Kvitova and Stan Wawrinka, “that other Swiss player”, but had to ask their names. Then there was the exuberance of young children giving an extra dimension to the patriotic cheers. Some will certainly have been captivated by the unique close-up experience of this competitive, one-to-one sport. And a few will surely be inspired to take up a racket. 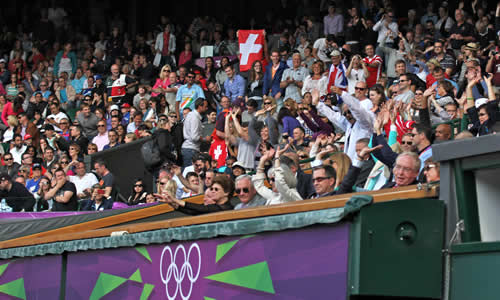 Two records tumbled in London in the space of a single week. First, Jo-Wilfried Tsonga beat Milos Raonic, 25-23, in the final set of their second-round match to record the most games in a three-set Olympic match.

But for drama and endurance, it was del Potro and Federer in the semis who stole the show, recording the longest ever three-setter, at 4hrs 26mins. Federer took until the 19th game of the final 19-17 set to break serve, only to see del Potro break straight back. Federer served seven more times before he broke again and this time he served out the match.

Tennis and the Olympics

Tennis was one of the original nine sports of the modern Olympics in 1896. After a gap of 60 years, it returned in 1984 to become one of tennis’s most important events, despite its impact on this sport’s heavy calendar. The big Masters in Toronto this week, for example, is without key top-10 players, each of whom forfeited ranking points and prize money to play their part in the Olympics. Eight players carried their nations’ flags—Sharapova and Djokovic among them—and defending gold-medallist Rafael Nadal, forced out by injury, was the only top-20 man to miss the event.

So let no-one doubt that tennis belongs with every other global sport: a vital contributor to the Olympic movement.