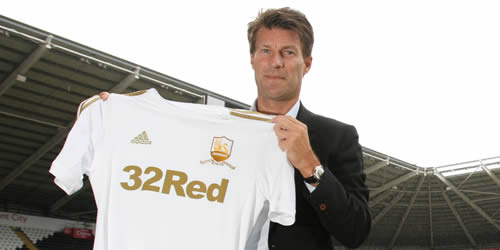 Michael Laudrup has revealed Scott Sinclair will not be signing a new deal at Swansea City amid interest from Manchester City.

The 23-year-old has 11 months left on his current deal at the Liberty Stadium, and the former Chelsea forward had previously indicated his desire to pen a new contract with the Swans.

But with the Premier League champions heading the interest in Sinclair, the Team GB star has opted against extending his stay at Swansea.

“I have spoken to Scott and he confirmed what he said to the chairman that he won’t sign a new contract,” said Laudrup.

“But he is here now and that’s what important for me. You never know what will happen tomorrow or the day after but there is no point arguing about it, we have to get on with it.

“Until 31 August anything can happen. Of course there is interest from a big club in Scott but the only thing I care about in the short-term is that it does not effect him for Saturday.

“If it effects the player then we have to talk about. I will talk to Scott and if he says no he does not want to play then we will see, if he says ‘I’m a professional’ then I know he is in the squad.”

He added: “I don’t know how official it is but there is interest.

“Manchester City is the name that is always coming up but again I have not spoken to them. But I don’t know if it’s official.”