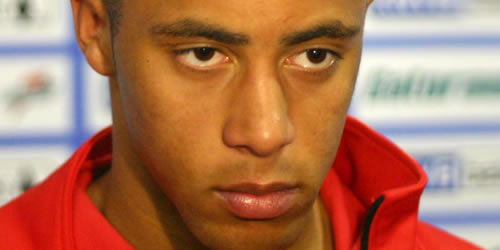 Moussa Dembele has revealed he is relishing the chance to play his part in Tottenham Hotspur’s promising future after completing a £15m move from Fulham on Wednesday.

The Belgium international, who is Andre Villas-Boas’ fourth summer signing, sealed his switch to White Hart Lane after passing a medical with the north Londoners.

“You can see over the last few years that Spurs have played well, everybody knows it’s a good team and a good club and that’s why I wanted to come here,” Dembele told Tottenham’s website.

“The club has plans to do lots of good things and that’s why I want to be a part of it.”

The 25-year-old will now link up with compatriot Jan Vertonghen, who joined Tottenham from Eredivisie champions Ajax in July.

And Tottenham’s latest signing revealed the Belgian defender played a part in convincing him to move to White Hart Lane.

“I know Jan from when I was 10 years old, we played together then,” he added. “I know him well, he’s a great guy and he’s said a lot of good things about this club.

“He says there are friendly people here and for me, that’s very important, to feel great somewhere. I’m sure I will here.”