QPR back on track after Norwich result, says Djibril Cisse 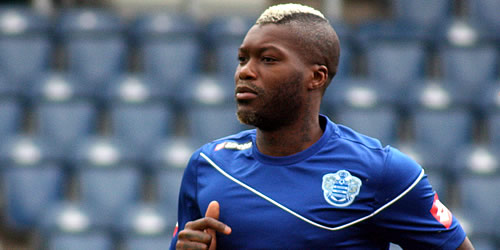 Djibril Cisse believes Queens Park Rangers are on the right track to move clear of the Premier League relegation zone.

Mark Hughes’ side responded to their 5-0 drubbing against Swansea City by securing a hard-fought point at Norwich City on Saturday.

Cisse, who missed a penalty at Carrow Road in the 1-1 draw, praised QPR’s improvement as Hughes’ first-team starts to take shape, with eight new arrivals at Loftus Road this summer.

“It was a good response from us. A point away from home is always a positive result,” Cisse told QPR’s website.

“The message from the manager was clear and simple. We knew that last weekend [against Swansea] wasn’t good for us and things had to change.

“We had to improve – and quick, because we need some points. A draw was not a bad result at all.”

“We’re trying to build a team as fast as possible, but we don’t want to lose too many points. We’re on our way now.”

Junior Hoilett was also impressed by the Hoops’ display against the Canaries – and the forward, who signed from Blackburn Rovers in July, urged QPR to build on the result.

“The team stayed compact and we got our result away from home,” Hoilett said. “We’re in the rebuilding process and we’re moving forward, so it was a great result picking up points.

“Of course we had what happened last week in the back of our minds, but we got the point and now we want to push on for a result.

“We’re building as a team and it takes time to get used to each other’s style of process.”