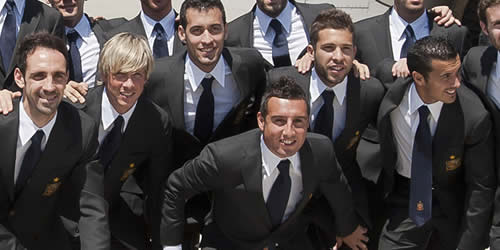 Santi Cazorla believes he has taken a massive step forward in his career by opting to join Arsenal from Malaga this summer.

The 27-year-old signed a long-term deal with the Gunners on Tuesday in a deal believed to be worth around £16.5m following weeks of speculation linking him with a move to The Emirates.

The Spain international has long been an admirer of Arsene Wenger’s side and admits he is thrilled to have joined the north Londoners.

“I am very happy to be here – it is a huge club,” Cazorla told Arsenal Player. “It is a great step forward in my career and I hope it will be a very good experience. I hope to win trophies here – that is what I want of course.

“I remember when I signed for Malaga [in 2011] there was already interest from Arsenal. It was always a club I liked very much.”

Cazorla also believes that this summer represented his last real chance to join a “big club”. He added: “Because of circumstances in football, things have not gone the way we wanted in Malaga this year but now I am going to have the opportunity to experience the Premier League and to be at a big club.

“I could not miss this opportunity – I am 27 years old so it was the last train I could catch.”