Sheffield Wednesday and Watford impress in the Championship 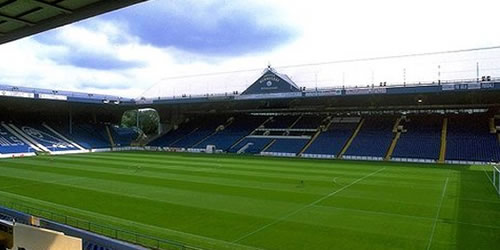 Sheffield Wednesday are on a roll under Dave Jones Photo: Niallzi, via Wikimedia

Sheffield Wednesday are on the up

Sheffield Wednesday are on something of a roll at the moment. Off to an undefeated start three games in to another stab at life in the Championship, the Owls appear to be a club on the up. Having secured at 3-2 victory over Millwall on Saturday, fresh from last week’s win against Birmingham by the same scoreline, Wednesday are an example of what a bit of investment and momentum can achieve. Under the experienced ownership of Milan Mandarić and managed by a stalwart in Dave Jones – who has engineered a 17-game undefeated run – the club look to be all geared up for a good season, and already have a growing number of fans hoping for a playoff challenge.

Interesting days ahead for Zola’s Watford

When the Pozzo family, cash-rich owners of Serie A’s Udinese acquired Watford during the close season, it turned a few heads as the modest perennial strugglers of the division acquired some substantial backing. The profile was further raised as Gianfranco Zola was brought in to replace the unfortunate Sean Dyche as manager. Having acquired some high-profile names in Manuel Almunia, Fitz Hall and no fewer than five loan signings from Udinese, Watford find themselves off to a good start, with Zola impressing with his astute signings and organisation of the side. Having picked up an impressive 2-0 victory over Birmingham on Saturday, with goals coming from on-loan pair Almen Abdi and Matej Vydra, the latest Anglo-Italian combination promises to be an intriguing subplot for the season ahead.

Ipswich Town, a club who looked set to move forward after millionaire owner Marcus Evans invested heavily in the club two years ago, find themselves going in the opposite direction. When Paul Jewell arrived at Portman Road in January 2011, they brought in someone who had the credentials to take them up, after success with Bradford and Wigan. Having finished a miserable 15th last season after strong investment, Ipswich found themselves on the end of a 6-0 loss away at a rampant Blackpool at the weekend. A brief glance at the message boards and a listen to the radio phone-ins were testament to the growing unrest at the club, so much so that Jewell’s departure looks almost inevitable, if another defeat is to follow. Next Saturday’s opposition will be Simon Grayson’s Huddersfield, who are finding their feet after picking up their first win 2-0 against Burnley, and they are promised a tough test. With Ipswich old boy Jordan Rhodes up front and wanting to prove a point to the club who let him go for just £100,000, it could prove curtains for Jewell at Ipswich.

Josh McEachran, the Chelsea midfielder fresh off a disappointing loan spell at Swansea City last season, stepped down a division to join north-east club Middlesbrough on loan for the year. Impressive in his side’s 2-1 win over Crystal Palace on Saturday, the 20-year-old’s move up north could be just what was required for both him and Chelsea. Unquestionably a talented player in need of games, the year ahead will make or break him, and he will want to follow the example of two other English midfield prospects – Jack Wilshere and Tom Cleverley – in using a loan move away from a big club to enhance his game and acquire valuable experience. And with a promising partnership with the tenacious Grant Leadbitter in the offing, McEachran’s promise can begin be fulfilled with him becoming one of the stars of this season’s Championship.