Southampton yet to make ‘suitable’ offer for Gastón Ramírez 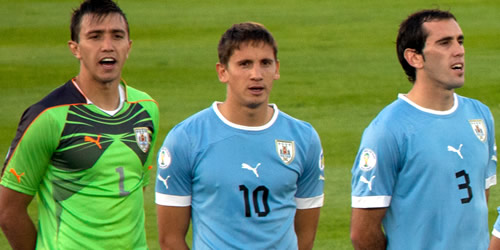 Gastón Ramírez has been linked with both Liverpool and Southampton this summer Photo: jikatu, via Flickr

Gastón Ramírez’s move to Southampton is in danger of collapsing after Bologna president Albano Guaraldi described the Saints’ offer for the Uruguayan as “unsuitable”.

The 21-year-old looked set to move to the St Mary’s outfit for a club record £11.8m amid interest from Liverpool.

But Guaraldi insisted Ramírez would not be allowed to leave the club until a satisfactory deal for the midfielder has been agreed.

“The situation is much more complicated than he [Ramírez] thinks,” Guaraldi told Sky Italia. “It’s not just about figures, but seeing what is included and what isn’t.

“The offer we received has not been considered suitable. His agent has already reached an agreement with the English club, but we haven’t. Now the situation is static, we made our demands and will see what happens.

“I don’t understand why Gaston said those things. I won’t even get into the behaviour of his agent.

“We spoke to the top Italian clubs about Gaston, but I have always been clear: I’d let him go only for a suitable offer, which so far has not arrived. I maintained my consistency and refused the bid,” added Guaraldi.

“I am irritated because one of my players spoke as if he were already at another club, when there still isn’t any agreement.

“I can understand his desire to make the move, but I do not share his timing and methods. All negotiations can collapse, which is why I consider the player’s attitude to be premature.

“The club cannot be forced to follow the rules of players and agents.”