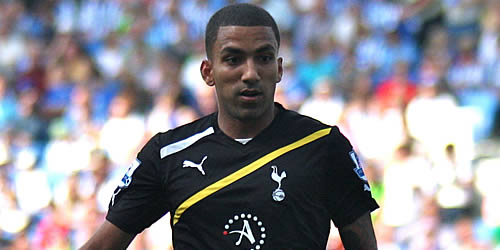 Kyle Walker is convinced his right-wing partnership with Aaron Lennon is set to blossom at Tottenham Hotspur this season.

The 22-year-old is preparing for his second season as a regular in Spurs’ first-team after the England international sparkled for the north Londoners last term.

And PFA Young Player of the Year Walker, who made 37 Premier League appearances last season, believes the England duo have fostered an partnership on Spurs’ right wing that will carry into the new campaign.

“I thought we were building up a better understanding towards the end of last season,” Walker said.

“It’s difficult, because I always want to get forward and that’s obviously [Lennon’s] strength as well.

“We’re understanding each other a lot better, not taking it in turns to go forward, but knowing when to go and who is better to go. It’s all positive.”

Andre Villas-Boas replaced Harry Redknapp as Tottenham manager in June after the north London club finished in fourth place, missing out on qualification place for the Champions League.

Walker featured in Spurs’ 2-0 defeat by Valencia on Sunday in their final pre-season game, but despite the result the right-back believes their experience of the Mestalla will prove useful in their bid for Europa League glory this season.

“They scored a wonder goal and you have to take your hat off to that, but apart from that they had another two chances and stuck one away,” added Walker.

“It is difficult coming to their stadium, fans behind them, playing in the heat they’re used to but we’ve European games this season and it’s good to come and play teams like this.”