US Open 2012: Andy Murray into second round after early hiccup 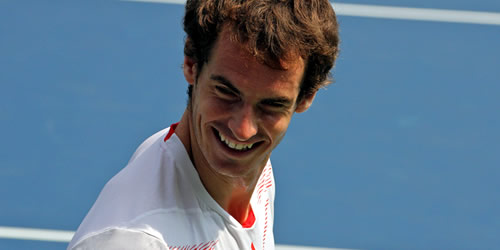 Andy Murray began a campaign on the opening day of the US Open that could turn him into a very rare breed indeed.

For there have not been many British men to win this big American title. The first—and the first “foreign” player to do so—was back in 1903, a certain Lawrence Doherty and a quick look at his CV shows that he was also special in another way: He won Olympic gold in Paris in 1900: In fact, he won two medals in Paris, taking gold in the doubles as well.

Not until Fred Perry, in 1933, ‘34 and ‘36, was there another British winner of the US Championships—and he was the last. But he did not do what Doherty had done, win the US title and an Olympic medal.

Murray then—should he win this year in New York, as many feel he might—could join a very exclusive club of two—but no-one, of whatever nationality, has won both the US and Olympic titles in the same year.

Perhaps it is little wonder that he has decided to keep as low a profile around Flushing Meadows as possible, letting Ivan Lendl take the reins a little more, retreating to a “quiet district” somewhere in Manhattan as soon as he can get away.

He did not come into his first match—headlining the opening day on Arthur Ashe—with his usual run of success in Canada and Cincinnati and perhaps that explained his slightly unfocused, inconsistent start against a less-than-easy opponent. He had played Alex Bogomolov Jr three times before, all last year, all on hard courts, and their Miami meeting went to the Russian.

Whatever the reason, Murray was broken in the opening game of the match but he quickly broke back. Again Bogomolov broke and a quick look at Murray’s first serve percentage showed part of the problem: He found the mark with only 28 percent of his first serves in the entire opening set.

But Murray’s strength, his return game, kept him in contention as he, too, broke again, and although Bogomolov held two more break points, Murray all but pole-axed him at the net to save one and fired off a forehand winner to save the other. It gave him the first hold of the match and proved, give or take, to be the turning point.

Bogomolov still could not hold, indeed failed to do so in the entire set, and Murray took the opener, 6-2.

That might have been the story: It looked as though Murray, now in control, would take hold of the match, but that was not immediately the case. The Russian man, a pugnacious player, bounced back to hold for the first time and broke Murray for a 2-0 lead. Not until the eighth game did Murray right the ship and level at 4-4, and a break took him over the second-set line, 6-4.

The third set was altogether more straightforward and, although Bogomolov managed one more break—and Murray’s serve could still not touch 60 percent—the Briton broke three times to serve out with ease and with three straight backhand winners.

The crowd loved it—and they seem to love Murray. No matter that he had started slowly, he had ended in the kind of style that winners are made of. Indeed, his tennis was not short on winners through its two-and-a-quarter-hour duration. There were 46 of them.

There was a moment, early in the third, when he clearly hurt his leg but he assured the press afterwards that it was just a touch of cramp, put down largely to the difficult, heavy and humid conditions:

“It was very, very hot and tough conditions today. You want to try to win the matches as quickly as possible. I had a few breakpoints early in the third set…and I didn’t get them. Maybe I didn’t take enough fluid. You know, it happens.

“I haven’t played that many matches in that sort of humidity for a while. It’s probably a bit of a shock to the body. I need to make sure I’m on that for the next match.”

That next match will be against the 118-ranked Ivan Dodig, who beat qualifier Hiroki Moriya for the loss of just three games. It was the Croat’s first tour-level win since reaching the quarter-finals at Queen’s in June and he plays Murray for the first time.

Also in Murray’s quarter, No17 seed Kei Nishikori went through easily, while veteran American, James Blake, Nikolay Davydenko and the No24 seed Marcel Granollers advanced in four sets. One seed to fall was No22 Florian Mayer.

For Murray, though, this was a workmanlike start, made after a long rain delay and played in very difficult conditions. He should—and it appears that he does—grow in confidence, albeit more slowly than one might expect:

“I’ve had a lot of doubts after losing. Even after the Wimbledon final a few weeks previously, you have a lot of doubts about yourself. But after winning a match like [the Olympic final] you kind of forget about all of those things. Yeah, it’s definitely, definitely worth all the hard work.

“The last few weeks have been fun. I’ve enjoyed it. You know, mentally I feel like I’m in a good place.”