US Open 2012: Marianne Bevis reflects on the first round of men's matches at Flushing Meadows

The first round in the US Open men’s draw has been a story of the long and the short, but in the end of relatively few surprises.

Novak Djokovic took only 73 minutes to beat floundering Italian, Paolo Lorenzi, for the loss of just two games. The Serb scored more than twice as many points as his opponent and almost three times as many winners as losers, to record his fastest victory in the first round of a Major.

The last time he played Lorenzi, in the first round of this year’s Australian Open, it took Djokovic 98 minutes: He lost only two games then, as well. 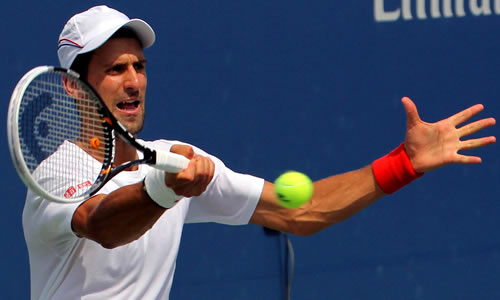 Other strong performances came from No4 David Ferrer, No6, Tomas Berdych, No17, Kei Nishikori and No 5, Jo-Wilfried Tsonga, all straight-sets winners.

The power of five

Six of the men’s seeds failed to make it past the first round but only one of them was in the top half of the draw: No22 Florian Mayer, who retired injured.

In the bottom half, Viktor Troicki, No29, went out to the up-and-coming German talent, Cedric Stebe, while No26 Andrea Seppi lost to veteran Tommy Robredo, back from injury on the big stage having played just five main tour matches this year. A former world No5 but now down at 178, the Spaniard has reached the fourth round in seven of his last 10 US Opens, but to do so again, he will likely have to beat Juan Martin del Potro.

However, the other seeds all went down in an extraordinary run of five-setters. No10 Juan Monaco led by two sets before losing in five, the last two of them in tie-breaks. It was exactly the same story for 21-seeded Tommy Haas, falling in five to Ernests Gulbis despite winning the first two sets. For No28 Mikhail Youzhny, the story was the same against Gilles Muller. 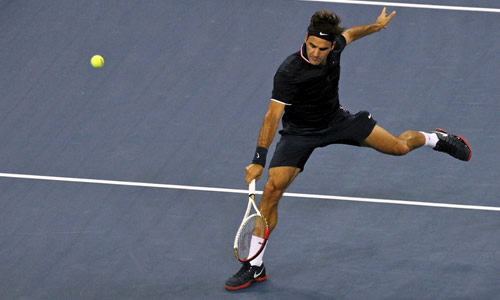 The five-set drama continued, with several seeds making it through by the skin of their teeth. No14 Alexandr Dolgopolov came back from two sets down, as did No8 Janko Tipsarevic. No16 Gilles Simon—in one of the longest matches at 4hrs 43—No12 Marin Cilic, and No15 Milos Raonic all made their way to Round 2 the hard way.

There was a clutch of other big five-setters, too, notable ones coming from Marcos Baghdatis, who beat qualifier Matthias Bachinger—a match of 369 points and 36 aces—and Philipp Petzschner, who took out Nicolas Mahut, a man becoming accustomed to long matches.
Famous for the longest ever match at Wimbledon in 2010 against John Isner, Mahut won his opening match here in 2011 in five sets before retiring to Rafael Nadal in the second. This year, he played two five-setters at Wimbledon, losing the second, and here, he led Petzschner by two sets and a break. He has never won a singles title but has not given up the fight.

Two others who came back from two sets down to win were Guillermo Garcia-Lopez and Fabio Fognini, bringing this US Open a record-equalling tally. Nine men had to overcome two-sets-to-love deficits, which equals the total for the whole tournament in 1989. It looks as though 2012 will see that record broken, and sooner rather than later.

If GB is enthused by the prospects of Andy Murray at this year’s tournament—and he had the honour of playing the only second-round match in the men’s draw on first Wednesday, the headline night match and a straightforward win—the Americans are jubilant about the profile of their home players.

The women’s draw, of course, is all about Serena, Venus, and Serena-with-Venus, but the US has four more women through to the second round here.

However, it is the US men who are really rising to the challenge: Ten of them are through to the second round. The highest seed, No9 seed John Isner, survived a tough battle against Xavier Malisse and a resurgent Brian Baker cruised through in straight sets.

Sam Querrey, still just 24 and a former world No17, has also turned a corner this summer. He was outside the top 100 in April but is now back to 28 and won his first title in two years in Los Angeles last month. He is the youngest of the four Americans currently ranked in the top 30 and he, along with his older colleagues, former champion Andy Roddick, 30 today, and Mardy Fish, also 30, all progressed comfortably to the second round.

Meanwhile, bringing up the rear, late on Day 3, was 20-year-old Ryan Harrison, and he was not done there.

The tour is used to the title-winning ways of the brothers Bryan—and they advanced to Round 2 with ease—but they now have competition from another American duo, Harrison and his 18-year-old brother, Christian. They caused a major upset by knocking out last year’s doubles finalists, No4 seeds Mariusz Fyrstenberg and Marcin Matkowski. And they were not the only ones.

Congratulations are due to Dennis Novikov, at well: The 18-year-old wild card, playing his first Grand Slam match, beat the 86-ranked Jerzy Janowicz. 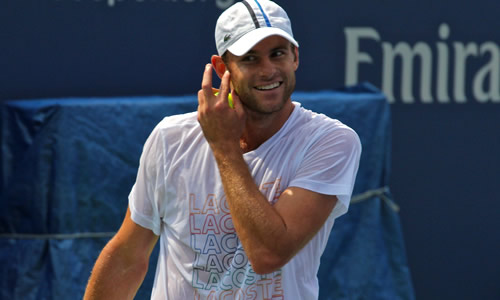 Raonic on Federer: “I think he’s one of the most enjoyable players to watch. There’s just such an ease to it… There’s a fluidity and an ease that everything he does looks very athletic and none of it really looks forced.”

Roddick on the rising age of players in the men’s tour: “I think the game has become a lot more physical. I think you have to be a fully-grown human to deal with kind of the ins and outs of the physical grind. I think that’s probably why you’re seeing what you see now. I mean, you have to kind of be able to kind of take a beating week in and week out.”

Baker, playing and winning his first US Open match in seven years, after years blighted by injury and surgery: “Last Labour Day weekend, what was I doing? I think I was probably watching a lot of this on TV because I had a little bit of a sore shoulder and had to take a few weeks when I came back originally over 4 July. So not this, no.”

Djokovic on whether he regrets his former impersonations of players: “I don’t regret anything. I’ve done things in life that might be considered as mistakes, depending from what angle you’re analysing those actions of certain individuals. But deep in my heart I never had any intention of hurting or insulting anybody in my life ever. That’s the most important thing. The only purpose of my imitations and joking, if you want to call it that way, is to have fun and bring the smile to the people’s face.”

Murray on Laura Robson: “If you look at how many teenagers there are in the top 100 compared with what there used to be, she’s right up there with the best in the world for her age. She keeps improving, she’s going to get very high.”