Victor Moses admits he was ‘surprised’ by Chelsea interest 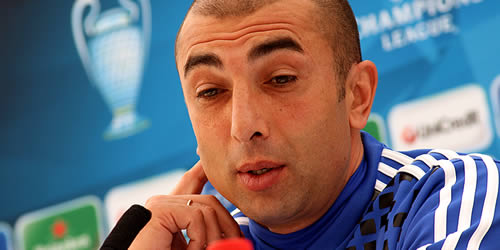 Victor Moses admits he was “surprised” when he first learned of Chelsea’s interest in him but insists he did not think twice about joining the European champions.

The 21-year-old winger completed his move to Stamford Bridge on Friday after the Blues had a bid in the region of £9m accepted by Wigan Athletic.

It was Chelsea’s fifth offer for a player the Londoners have been chasing all summer and Moses admitted his delight at finally securing the move to west London.

“When I first heard that Chelsea had come in for me I was surprised,” Moses told Chelsea’s website. “But I had a call from my agent saying they were really interested in me and what did I think.

“I said they are the European champions and anyone would like to play there and now that everything is sorted, I am delighted to be here.

“I am happy to come back to London as I grew up here and it is a great honour to play for the club that won the Champions League.”

The Blues are in the hunt for six trophies this season, starting with Friday’s European Super Cup clash against Europa League winners Atletico Madrid in Monaco.

“There are a lot of world-class players here and I am here to do my best for the team and to help them win more trophies,” he continued.

“The club has done well for the past few years, they have achieved a lot, and for me to be able to play with these world-class players, I am delighted to be here.”