Alejandro Faurlín: QPR fans must be patient with new-look side 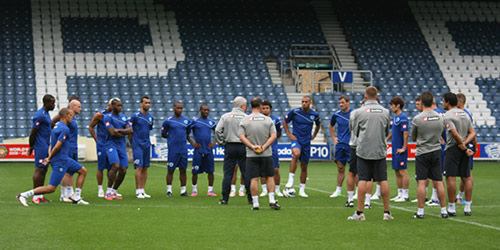 The Argentina playmaker, who is returning from an anterior cruciate ligament injury sustained in January, has seen 11 new arrivals at the Hoops during a busy summer of transfer activity.

Despite the new arrivals, Hughes’ side have earned just one point after defeats by Swansea City and Manchester City.

“We must all be patient,” Faurlín told QPR’s website. “Now we will work hard to be ready for Chelsea at Loftus Road.”

The 26-year-old featured in QPR’s 3-2 defeat at the Etihad Stadium after playing in the Hoops’ 3-0 victory over Walsall in the Capital One Cup.

And Faurlín revealed his delight at coming through both games unscathed, with the Argentinian eager to improve his fitness during the international break.

“I didn’t expect to be back so soon,” Faurlín said. “My target was to come back after the international break but football is like this. I am not quite there yet but I have to take the positives from all this.

“I am very happy to come through two games in one week after seven months out.

“I feel I am 70 per cent fit at the moment. I just need to get that sharpness back and this will come by playing games.”

He added: “It is obviously difficult to play two games in one week after being out for so long but the gaffer wanted me to play, and I of course wanted to play. I always want to play football.

“I am pleased. It is positive for me because my knee didn’t react. Now I have two weeks to get my sharpness back and get my tempo back.

“I understand training will be very hard again during this break and like a mini pre-season, and this will be good for me.”

Chelsea’s Gary Cahill: I’m facing a fight to win back my England spot