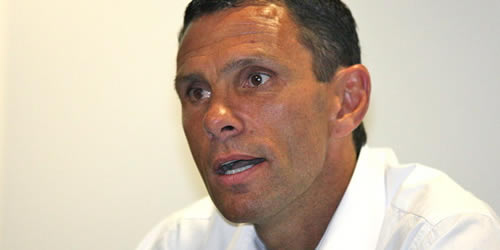 Brighton’s winning run shows no signs of slowing down

After picking up a hard-fought 2-1 away victory at Millwall over the weekend, Gus Poyet’s Brighton find themselves two points clear at the summit of the Championship. With goals either side of the half from frontman Ashley Barnes and Adam El-Abd, the Seagulls’ impressive five-game winning run shows no signs of stopping just yet. Poyet has bought very shrewdly indeed, getting the best out of Premier League signings in need of career rejuvanation. Goalkeeper Tomas Kuszczak and Wayne Bridge have both been reborn on the south coast, with the latter’s quality particularly standing out in the division, with fans already touting him as a Player of the Year candidate. With a run of winnable games coming up, including struggling Birmingham and Ipswich, Brighton will be looking to continue the momentum strengthen their promotion credentials.

With a promotion standard squad and an influx of shrewd summer signings, Birmingham looked to have a squad capable of challenging once again, regardless of former manager Chris Hughton’s departure to Norwich City in the close season. But with new boss Lee Clark struggling with his side in 19th and fresh off a humiliating 5-0 home defeat by Barnsley, the reality of Clark’s relative inexperience is starting to hit home. With ongoing financial problems still effecting the club, The Blues were perhaps in need of a more experienced, galvanising figure to guide them through the season. Clark had a lot of money to spend at Huddersfield over three seasons but still failed to get the club promoted during his tenure, so his track record as a manager remains suspect. Although the fans are very much aware of the financial constraints placed on the manager, they realise the quality in a squad including Darren Ambrose, Curtis Davies, Jack Butland and Marlon King, and rightfully believe it is capable of better.

The game of the weekend was undoubtedly the five-goal thriller between Crystal Palace and Cardiff City at Selhurst Park on Saturday afternoon. With the Welsh high flyers going two goals up after just fifteen minutes with strikes from Aron Gunnarsson and Don Cowie, it looked to be another win for Malky Mackay’s side who have been impressive so far this season. But Dougie Freedman’s Eagles, yet to properly get going this campaign, produced a remarkable second-half comeback to take all three points. Glenn Murray, who scored twice so far this season, bagged a stunning hat-trick in a 20-minute spell to take his tally to just one short of last season’s dissappointing six goal return. Much like the 5-0 Birmingham home defeat, games like these are an illustration of just how open and entertaining the Championship can be. As tired as the saying can often sound, anyone truly can beat anyone in this league.

Ferguson, Jewell and Kean favourites for the sack

As we come towards the end of September with all 24 managers who started the season still in jobs, the annual sack race talk has began to gather pace. Under pressure Bolton manager Owen Coyle now finds himself with a bit of breathing space after beating Sheffield Wednesday 2-1 at the weekend. Clark of course finds himself under pressure after his side’s 5-0 home drubbing to Barnsley. But three names are emerging as popular choices to go – both with bookies and their own fans. Paul Jewell, whose Ipswich produced another lacklustre display side lost again – this time 2-1 at home to Charlton – to increase the pressure on a tenure seemingly long past it’s sell by date. Peterborough fell to a seventh successive defeat – 2-0 at home to Wolves – which keeps them rooted to the bottom of the table without even a point. Manager Darren Ferguson has said he will not quit, but this run of bad results is sure to test his close relationship with chairman Darragh MacAnthony. But favourite, and perhaps most surprisingly, is Blackburn manager Steve Kean, who despite being unpopular with fans, finds his side in second place. Speculation is rife that the Scot will be staying on at the club in another role, so perhaps the club’s under-fire Indian owners are eyeing a big name to take their impressive squad to the next level.