Kelvin MacKenzie offers ‘profuse apologies to the people of Liverpool’ 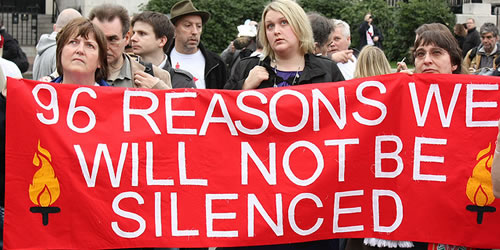 The former editor of the Sun Kelvin MacKenzie has apologised to the people of Liverpool over the way his newspaper covered the Hillsborough disaster.

MacKenzie, who was the editor of the tabloid between 1981 and 1994, allowed the headline ‘The Truth’ to be printed with three sub headings: ‘Some Fans Picked Pockets of Victims’, ‘Some Fans Urinated on the Brave Cops’ and ‘Some Fans Beat Up PC Giving Kiss Of Life’.

A report from the Hillsborough committee on Wednesday found all these allegations to be untrue and that a number of police statements had been doctored in an attempt to deflect the blame onto Liverpool fans after 96 supporters lost their lives in the tragedy in 1989.

Mackenzie said in a statement: “Today I offer my profuse apologies to the people of Liverpool for that headline. I too was totally misled

“Twenty-three years ago I was handed a piece of copy from a reputable news agency in Sheffield in which a senior police officer and a senior local MP were making serious allegations against fans in the stadium.

“I had absolutely no reason to believe that these authority figures would lie and deceive over such a disaster.

“As the Prime Minister has made clear these allegations were wholly untrue and were part of a concerted plot by police officers to discredit the supporters thereby shifting the blame for the tragedy from themselves.

“It has taken more than two decades, 400,000 documents and a two-year inquiry to discover to my horror that it would have been far more accurate had I written the headline ‘The Lies rather than The Truth’. I published in good faith and I am sorry that it was so wrong.”