Premier League wrap: Man United comeback should be no surprise

It was apt that Sir Alex Ferguson's 1000th league game at the helm was full of drama and a United comeback, says Alex Sharp 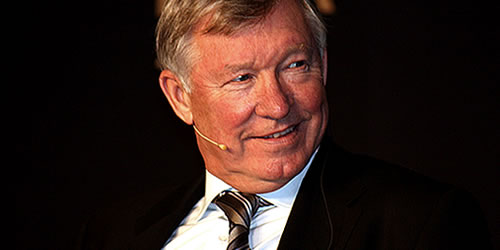 It has become a common sight in the Premier League over the past 20 years: Manchester United struggling to find top gear, but coming away with the points time after time.

So it was rather apt that his 1000th Manchester United league game at the helm against Southampton was full of drama, classic goals and a United comeback when the usually devastating football wasn’t quite clicking.

Southampton valiantly stood their ground at St Mary’s but it was one of Ferguson’s summer acquisitions that stole the headlines with another stoppage-time victory for United.

Robin van Persie seems capable of continuing his magnificent form for Arsenal from last year and repaid Fergie’s faith in him with a hat-trick. With Wayne Rooney out injured his instant impact in Manchester has been phenomenal.

The Dutchman casually missed a penalty and blazed wide from close range, so should have had five to his name. However, as the greats like Eric Cantona or Ruud Van Nistlerooy did, he got the goals at the crucial time.

Under Ferguson, United have won 599 league games and lost only 168 which in itself is a remarkable feat and in those veteran Paul Scholes has made 485 appearances.

The legendary 37-year-old continues to ooze class and ratify his decision to come out of retirement. His passing is just exquisite and it’s a tragic shame he hasn’t continued to be involved in the England set-up.

He came on when Southampton were leading 2-1 and his vision created three chances that led to two Van Persie goals – now that’s efficiency.

The midfield isn’t appearing too grand for United this season with the likes of Anderson, Michael Carrick and Tom Cleverley failing to light up the world, so the impact of Scholes from the bench will be essential for United in their pursuit of silverware, especially as Van Persie relished linking up with the legend.

The 158th manager to come up against Ferguson, Nigel Adkins, has propelled Southampton back up to the Premier League and deserves all the plaudits.

The Saints have shown against both Manchester clubs that they are capable of playing decent attacking football and aren’t scared of a challenge or imposing their game.

In particular, Rickie Lambert and Adam Lallana are terrific attacking talents who are direct and will certainly create numerous openings for the Saints.

The major concern for Southampton in terms of survival will be their back line and how they will cope throughout the season with such a demanding fixture schedule.

If they play with the freedom and tenacity they’ve displayed so far, there is no reason why Southampton can’t enjoy their honeymoon season, like Blackpool did, and survive another year in the top flight.

Abou Diaby thanks Arsenal boss Arsene Wenger for his support

Aston Villa’s Paul Lambert: It was a tough decision to drop Shay Given