Sebastian Vettel: It still bothers me I won the title with third in Japan 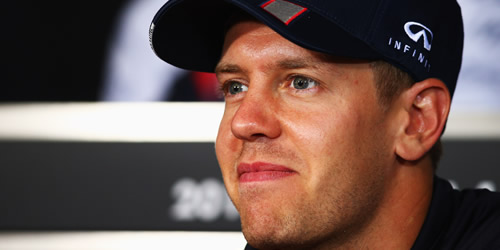 Sebastian Vettel admits he is “still a little bit bothered” that he was unable to make it a hat-trick of wins at the Japanese Grand Prix last year, despite claiming his second successive world title with third place at Suzuka in 2011.

The Red Bull driver won back-to-back grands prix in Japan in 2009 and 2010 but could only manage third place last year.

The 25-year-old admits the Japanese race is one of his favourite circuits and is targeting victory as he looks to close the 29-point gap to championship leader Fernando Alonso.

“I love the Suzuka circuit. In short, it has the most amazing corners and brilliant fans, I really like coming here,” said Vettel.

“In 2011, the country experienced unbelievable difficulties, so it was extremely important to try and give them some enjoyment and to show our support for their suffering.

“I wish I had won in 2011, it was my third Formula 1 race on my favourite track and it still bothers me a bit that I took my world title with a third place. The track itself is huge and almost every metre of it is special.”