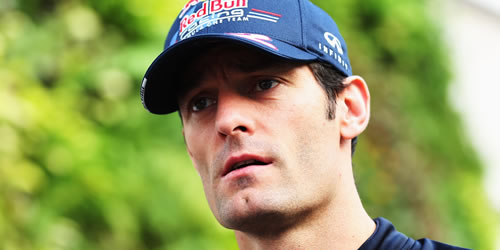 Mark Webber admits Red Bull must improve if they are to push for the title this season ahead of Sunday’s Singapore Grand Prix.

Sebastian Vettel and Webber finished 20th and 22nd at the Italian Grand Prix a fortnight ago, with the team’s last victory coming at the British Grand Prix back in July, when the Australian claimed victory at Silverstone.

But Webber is adamant Red Bull can improve in the remaining seven grands prix, starting with Sunday’s night race at the Marina Bay Cirtuit.

“We’ve lost some points,” said Webber, who is currently fifth in the drivers’ standings, 47 points behind leader Fernando Alonso.

“The position is not very important because I don’t even know who’s second or third but we’re all on similar points. The points is more of an issue; that’s what you want, not getting too far out of control. It’s obvious you’re not going to have much of a championship if we finish like we have been in the last few races.

“The philosophy in our team is a winning mentality; it’s a very driven mentality and a high level of expectation. So we’re sitting here like we’re at a funeral but we’re leading the constructors’ championship and we have had a few tough results but this team has got some good depth.

“Look at Jenson Button a few weeks ago, things move around very fast, at the moment we’re seeing some big dips in form and big changes in team form, driver form, so I’m just happy to be racing again this weekend and we’ll see what happens.”