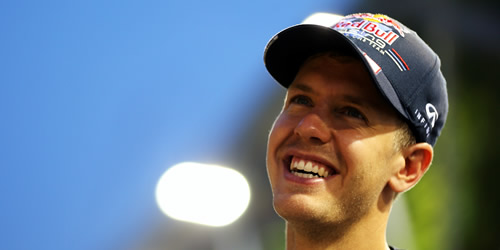 Sebastian Vettel was quickest in second practice for Sunday’s Singapore Grand Prix after the Red Bull driver also set the pace in the first session at the Marina Bay Street Circuit.

The German driver was three tenths clear of McLaren’s Jenson Button, with Ferrari’s Fernando Alonso in third, a further two tenths behind.

“This is a tough circuit for drivers and cars,” said Vettel. “Overall we can be happy with today, but let’s see what we do tomorrow, it’s still Friday and today’s results are not so conclusive as some drivers got stuck in traffic.

“Most important is that the car seemed to work on either tyre, so we go from there. The kerbs have been changed this year, which is an improvement.”

There was a wealth of action from the start of the session, with McLaren’s Lewis Hamilton laying down an early maker, while his team-mate Jenson Button, Vettel and Williams’ Pastor Maldonado following closely behind. 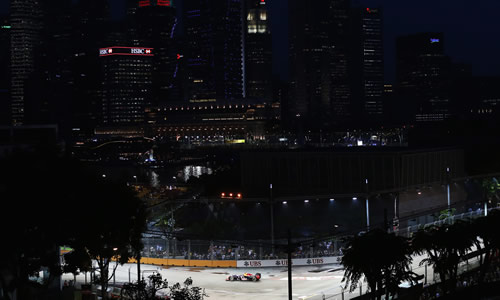 Renowned as one of the hardest circuits on the F1 calendar – former world champions Alonso, Hamilton and Vettel are the only drivers to have won the night race – the track took its first victim 30 minutes into the session, when Bruno Senna hit the wall on the exit of turn 20.

After the Brazilian’s car was removed, drivers began runs on the faster option tyre.

As had been the case in the first practice session, Vettel produced a lap time which could not be beaten, showing he will be among the challengers for pole position in Saturday’s qualifying session.