US Open 2012: David Ferrer battles past Lleyton Hewitt in four sets to reach the fourth round at Flushing Meadows

The day before his 30th birthday, Andy Roddick talked of the burden of the modern game and why it is so hard for young players to hit the heights as early as they once did.

“I think the game has become a lot more physical. I think you have to be a fully-grown human to deal with kind of the ins and outs of the physical grind…you have to kind of be able to kind of take a beating week in and week out.” 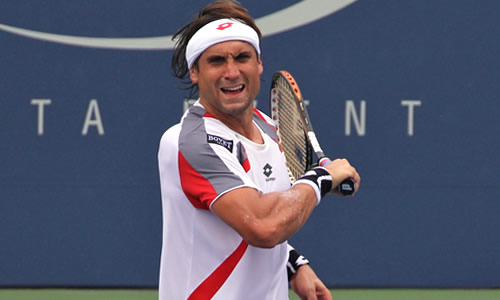 He added: “You don’t see a lot of guys like Lleyton [Hewitt] who was winning it at whatever it was 15 or 16 now…I feel like it takes a little while to develop.”

His talk of Hewitt is especially pertinent. The pugnacious Australian won the US Open title more than a decade ago: He was just 20, and by the end of the year, he was world No1. The following year, he won Wimbledon and in 2004, he was runner-up in New York.

But his career is littered with injuries and surgery and, for a man whose energy and effort leave a blur across the court, anything less than 100 percent fitness is like throwing the off switch. In 2008 he had hip surgery, in 2010 it was surgery on the other hip followed by a hand injury. Last year, he had foot surgery, battled with a groin injury and missed the end of the year with ongoing foot problems. This year he had more foot surgery.

He is one of eight men aged 30 who reached the third round, the biggest number since 1974. There’s the ageless—actually 31—Roger Federer, top seed and already through to the last 16 without dropping a set. Then there’s Mardy Fish, who broke the top 10 for the first time last year, underwent heart treatment this spring, but is back and playing out of his skin. It took him five sets to beat another in the over-30 club, Nikolay Davydenko, in the second, and four long sets to get past No16 seed Gilles Simon into the fourth round.

Battling to join them was Julien Benneteau—now beaten by Novak Djokovic—and, of course, the retiring Roddick. But one is sure to fall, for Hewitt plays No4 seed, David Ferrer, a Spaniard who has matured nicely into one of the best seasons since he played his first Grand Slam almost 10 years.

Ferrer has not missed any Slam since the start of 2003, and this year has reached two quarters and a semi in the Majors and won his biggest single-year tally of titles—five. His reward, helped by his compatriot Rafael Nadal’s knees, is a quarter of his own, and one that, on paper, could certainly take him to another Grand Slam semi.

If anyone on the tour deserves such a reward, it is Ferrer. He displays an intense, energetic, focused application on every point of every game he plays. He has a work ethic to die for and a willingness to continue working on all parts of his game. An improving serve and increasingly solid net game have ensured his success not just on clay but across hard courts and grass as well.

But looking at that description of Ferrer, it could almost as easily apply to the man from a land as far from Spain as it’s possible to be. Hewitt, like Ferrer, was born to run, born to fight until he drops, a bustling bundle of sometimes uncontainable emotions. For every “Vamos” from Ferrer, there is a “C’mon!” fist pump from his opponent.

This, then, had the makings of a marathon, a last-man-standing match-up, and it was. It looked in the opening games as though Hewitt’s legs may not bounce back from his four-and-a-half hour, second-round marathon against Gilles Muller—no spring chicken himself and playing back-to-back five-setters.

Hewitt went a quick break down, but broke back and the tone was set. Long, arduous rallies that had both men drenched and flushed red on another hot and humid day tested one another to the limits.

It would be a tie-break but even there, little could separate the scurrying, chasing twosome. Hewitt was first to serve for the set at 6-3 but Ferrer reeled him back and, now leading 10-9, he had the Hewitt-supporting crowd on their feet after chasing down a drop shot and putting it away with an angled winning volley. First blood to Ferrer. It had taken 74 minutes and rallies averaged well over five shots, with the longest extending to 29. And yet this was nowhere near done. 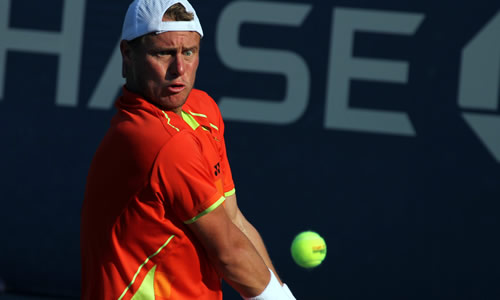 Hewitt—stung by his lost opportunity—broke the first game of the second set and held his lead to its 6-4 conclusion. Still the rallies were punishing, still Hewitt and Ferrer played flat out, sprinted to retrieve drop shots, ran each other ragged across the baseline. And by the third set, it began to take its toll on the Hewitt energy—the Muller match was coming home to roost.

The longer the rallies lasted, the more they went to Ferrer. Of all the 9-stroke or more points played, the Spaniard took 18 to Hewitt’s 10, and it began to show. Ferrer ran to a 3-0 lead and kept it to the end, 6-3. And the fourth had Hewitt running on empty, no matter how much he berated himself with “Hit it!” The 31-year-old’s spirit was unquenched but his battle-weary body, which had fitted in only 15 matches since his foot surgery in February, was not.

But here was a match that showed tennis at its best. Not for its artistry—for all its variety of ground strokes and occasional drops and volleys, this was not tennis of touch and grace—but for its heart, passion, dedication, sheer athletic prowess.

Roddick, once his course is run in New York, says he can no longer give that kind of 100 percent commitment but he, more than any, recognises that Lleyton still can: “He’s probably the best competitor I played against.

“At first we probably didn’t like each other much, and then it came to the point where we respected each other Then we kind of each gave a little ground and say, How you doing? Now we’ll text each other back and forth. It would be hard for me to respect what he’s done in this game more than I do.”

Yet as this piece goes to bed, Roddick has won the first two sets of his own third-round match, 7-5, 7-6, and is playing to his home crowd like a teenager. Seems like there is a little life in another old dog yet.