US Open 2012: Roger Federer and Andy Murray beat Fernando Verdasco and Feliciano Lopez to reach the fourth round

Two of tennis’s pin-up boys were, conveniently, both given the big stages on one of the busiest days of the US Open fortnight: Labour Day Saturday.

Fernando Verdasco and Feliciano Lopez will draw crowds—especially of the female persuasion—wherever they show up, and on this day, the first would play to 20,000 on Arthur Ashe while the latter could expect a capacity 10,000 on Armstrong.

Even without their most famous colleague—Rafael Nadal punched a big hole in the glamour quotient in New York when he pulled out of the tournament with knee problems—the Spanish men are here in force, as they always are. 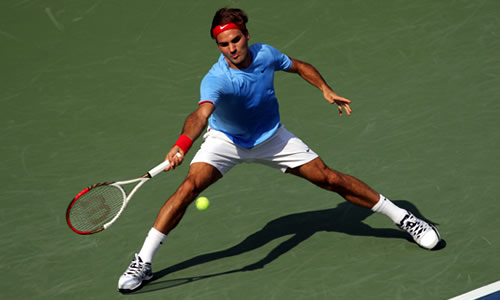 The most peopled nation in the men’s top 100—13 of them—has no fewer than 12 in the draw at Flushing Meadows this year, all of them in by right: no wild cards, no qualifiers. That’s without Nadal, without Juan Carlos Ferrero, ranked 66, but with Albert Montanes and Tommy Robredo who sit outside the top 100.

And without Nadal taking his usual place amongst the “big four”, who should take his place in the third quarter but a fellow Spaniard, world No5 David Ferrer. And it’s a place fully deserved by the 30-year-old, enjoying possibly the best year in an already long and outstanding career and his biggest one-year tally of titles—five.

Not surprisingly, he has made it to Round 3, along with No11 seed Nicolas Almagro. And so have Verdasco and Lopez.

But while the sultry Spaniards were through entirely on merit—Verdasco is a former No7 while Lopez reached a career high of 15 earlier this year—they were starring in the Spanish heat of Saturday afternoon because of who stood on the other side of their respective nets. And the news for both was not good.

Verdasco faced No1 seed Roger Federer who had, quite simply, flowed through his first two matches in a total of three hours. They had met four times before and Federer had won all four, though they had not met since 2009.

Lopez, for his part, faced No4 seed Andy Murray, who had lost only 13 games in two straight sets wins. Six times they had met, six times Murray had won. What was worse for Lopez, the most recent losses were at Wimbledon and at this very tournament last year.

The stylish left-hander’s serve-and-volley game has only ever taken one set from Murray before, and he recognised that his natural game was the perfect foil to one of the best returners in the game:

“I will try to change something but it’s true he’s a pretty good returner of the game…but the way I have to play is completely different than to stay [at the baseline] all the time.”

Verdasco also has a big left-handed game, but wielded from the baseline. Conversely, he could do worse than take a leaf out of Lopez’s book and attack Federer with that formidable arm from the start, for Lopez has taken sets and played many tie-breaks against him. Few will forget how close the Spaniard came to beating Federer in three tie-breaks in three hours in Madrid last year.

And Verdasco did just that. In what were sweltering conditions, even the famously cool Federer was dark with sweat down the spine before they played a point. So both men took things steadily, serving big, finishing points earlier rather than later. Apart from a single break point to the Swiss in the fourth game, they stayed on level terms to the business end of the set, when Federer upped the tempo just long enough to blast some backhands through Verdasco’s forehand: He broke, and served out to love.

Conceding a quick break in the opening game of the second set, helped by two double faults, it looked as though Verdasco would succumb quickly. Federer held to love and worked three break points in the third, but Verdasco—sometimes wont to lose concentration when trailing—stayed focused and served well, acing to hold. With his forehand in full flow, handily firing cross court at the Federer single-handed backhand, he earned a break point in the sixth, but Federer came off the better in the longest baseline rally of the match to hold. 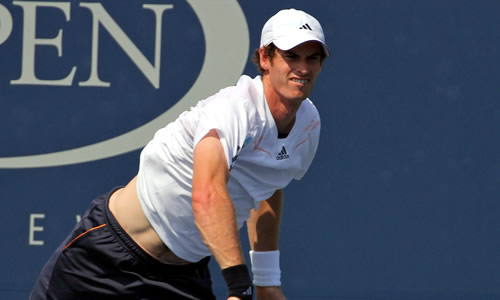 Verdasco hung on, venturing to the net behind his 130mph serving, to hang strong until 5-4, but he simply could not work another chance to break as Federer rushed the net to close the second set, 6-4.

The third was more of the same, Verdasco staying on the offensive as far as Federer allowed and taking him to deuce. But again, one falter—a double fault and a netted forehand—gave the Swiss the break in the third. That was all that was required and Federer served out, 6-4.

This was a gutsy performance from Verdasco, and a distinct improvement in tactics and focus that saw him win 13 points out of 20 at the net—even the point-shortening tactics of Federer only managed 27 net points—though he lost just one of them.

A parallel story unfolded, at rather greater length and with a little less certainty, in the scorching microclimate of Armstrong stadium.

Lopez, contrary to what he had said before the match, did not serve and volley on every point, choosing to mix his tactics much more than usual. Staying with Murray on the baseline, he quickly had three break points. It all felt very measured, both men conserving energy in slowly-played but short points. It made sense: They were both drenched within a couple of games.

They each defended break points at the sharp end of the set, each resisted with solid serving and the odd judicious volley finish. It went to an inevitable tie-break where still there was nothing between them until Lopez had an ace wrongly called out and a replayed point went to Murray, who gratefully closed out the set with a forehand winner.

The second set, another hour of cat-and-mouse tension, a break apiece, serves touching 130 mph on regular basis, also ended in a tiebreak, also in Murray’s favour. But the third set was entirely different: five breaks of serve with the extra one going to the Spaniard.

By now, the heat was playing its own role. The crowd was a constant flutter of fans, of coming in and going out to manage the temperature. Murray’s legs looked ready to buckle at any point—he admitted afterwards “I was struggling physically”—and the last thing he needed was another tie-break, but that was what he got. Despite his struggles, he found the crucial winners at the key moments: “I played well at the end of the tie-breaks and that was the difference.”

Despite another loss, Lopez, like his compatriot, can—and did—draw confidence from his willingness to mix up his tactics and remain strong through almost four hours—and that two days after a five-setter against another Spaniard.

It seems you can teach an old dog new tricks—and the 30-year-old Lopez got much closer to Murray than ever before.

Verdasco, too, should draw confidence from a good match played, 27 winners to Federer’s 30. In his case, he was, quite simply, not good enough.

So the Armada of four is down to two: Almagro is already into the fourth round and Ferrer will continue his campaign against Lleyton Hewitt—in the same heat-haze of Armstrong—on Sunday.