US Open 2012 Picture Special: Marianne Bevis looks at the remaining contenders for the title in New York

The 128 men and 128 women have been whittled down to just 16 men and 12 women as Labor Day announces the second week of the US Open.

The last 16 of the men’s side contains four former US champions in Roger Federer, Novak Djokovic, Juan Martin del Potro and Andy Roddick—the American may be making his swan song but he’s enjoying every minute of it.

Only Jo-Wilfried Tsonga is missing from the top eight seeds, and it is from his segment that the one unseeded player has emerged: the 52-ranked Martin Klizan.

And as if to assert their claim to another New York title, Federer and Djokovic are the only two have yet to drop a set.

On the women’s side, the top four are through, including three former US champions: Serena Williams, Maria Sharapova and Sam Stosur. The draw, though, contains another Grand Slam champion in Ana Ivanovic.

Again only two have a clean sheet in sets won, Victoria Azarenka and Williams—and top seed Azarenka is already through to the quarters.

Four have already booked their places in the quarters, while the other eight have yet to contest the other two places—and two of them are unseeded: Tsvetana Pironkova and Andrea Hlavackova. 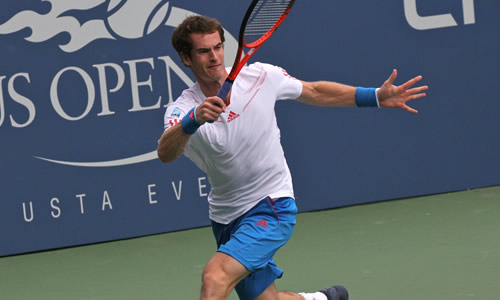 Andy Roddick, sporting the right shoes for the right place in his farewell to New York 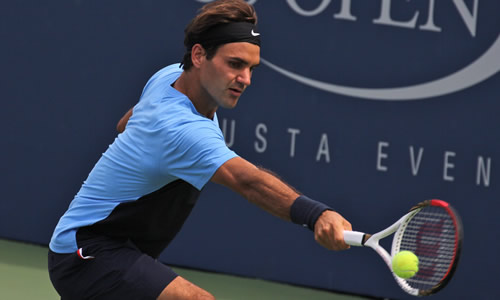 Roger Federer, looking every inch the No1 seed, still has Murray looming before a chance to avenge last year’s loss to Novak Djokovic 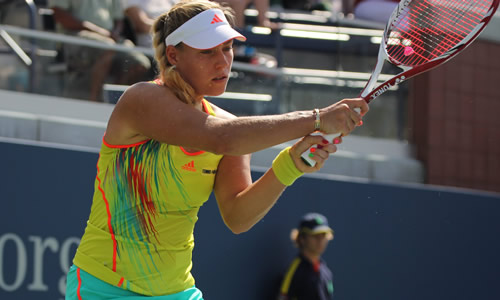 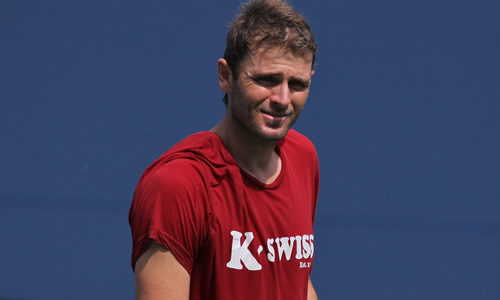 Mardy Fish, clearly amused with the pun, will play Swiss No1, Roger Federer, to equal his best Slam result so far, the quarters 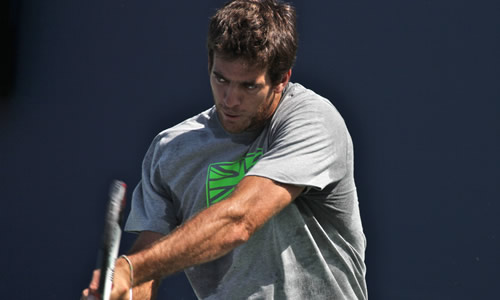 Juan Martin del Potro, champion in 2009, has made straightforward progress despite early worries about a left wrist injury 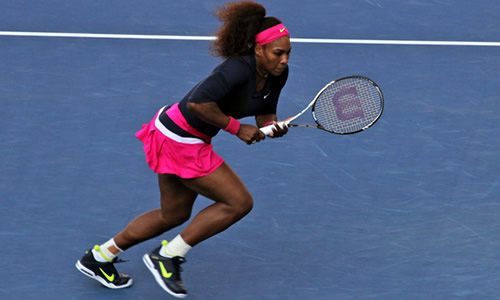 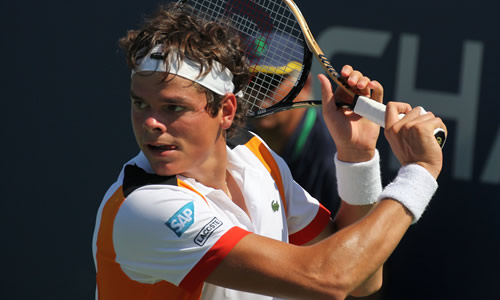 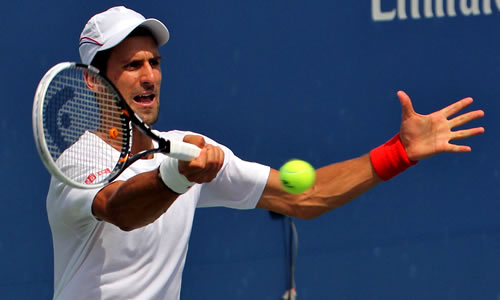 Novak Djokovic won the US Open Series and could therefore win a record prize of $2.9m if he retains his title here 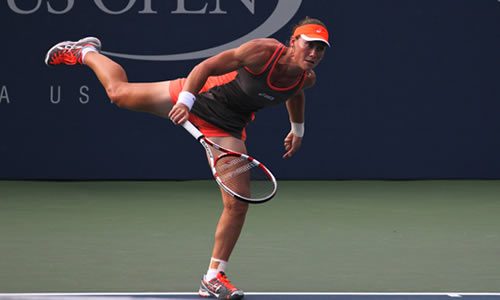 Sam Stosur, not one of the favourites ahead of the US Open, is proving she has every intention of trying to defend her title

Last 16 men: playing Monday 3 September
Roger Federer, No1, vs Mardy Fish, No23
Nicolas Almagro, No11, vs Tomas Berdych, No6

Andy Murray, No3 vs Milos Raonic, No15
Marin Cilic, No12, vs Martin Klizan

David Ferrer, No4, vs Richard Gasquet, No13
Janko Tipsarevic, No8, vs Philipp Kohlschreiber, No19

Agnieszka Radwanska, No2, vs Roberta Vinci, No20
Angelique Kerber, No6, vs Sara Errani, No10

Last 12 women: quarter-finals, playing Tuesday 4 September
Victoria Aranenka, No1, vs Sam Stosur, No7
Maria Sharapova, No3, vs Marion Bartoli, No11

US Open 2012: Roger Federer into last eight as Mardy Fish pulls out