It appears that quality will out when it comes to the women’s draw at the US Open. Of the top dozen seeds, only two have fallen before the fourth round—and the top seven are all present and correct. 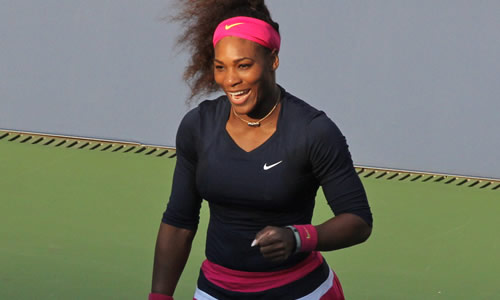 Two of the biggest names in women’s tennis, this year’s Australian Open champion Azarenka the French Open champion Maria Sharapova, have been making intimidating progress towards their designated semi-final meeting: The former has lost only six games in three matches and the latter just seven. But of the four other women who have failed to drop a set, three are in their half of the draw.

First is Stosur, showing that this really is a place where she thrives. In her first two matches, she lost only five games, though was pushed to a tie-breaker in the first set of her third-round match against the fast-rising 31 seed, Varvara Lepchenko.

It is Stosur who will become the third straight Grand Slam champion in Laura Robson’s path—and she beat the last two. The teenage Briton has a lot of tennis in her legs compared with the super-fit Stosur—and a not dissimilar attaching, racket-swinging game. This one should be highly entertaining contest.

In the same quarter, Azarenka also faces an unseeded woman, Anna Tatishvili. The Georgian woman, benefitting from the early loss of seeds Julia Georges and Sabine Lisicki, played her first Grand Slam only 18 months ago and has never got beyond the second round before. But now comes an altogether bigger test than any she has faced thus far.

The bottom quarter of this section now begins to test the seeds who remain, and Sharapova has not yet faced a seed. That changes as she meets No19 Nadia Petrova, one of those women who has yet to drop a set. Even so, Sharapova has beaten the 30-year-old Russian eight out of the nine times they have faced each other.

The quarter-finalist from the other part of this quarter will also be decided between two seeds. No11 Marion Bartoli faces last year’s Wimbledon champion, the No5 seed, Kvitova. The impressive Czech seems to be coming into form at just the right time, the fast conditions suiting her big, attacking game. She is the last woman in the half to have a clean slate, her only hiccup coming in the first round, a first set tie-break—and she beat Bartoli, who has not been at her best this summer, in Montreal last month.

The bottom half of the draw has certainly fallen into two very contrasting quarters. The bottom segment always looked a challenge for No2 seed Agnieszka Radwanska, and so it has proved to be. The Polish woman met No30 seed and 2008 US Open runner up, Jelena Jankovic, in the third round, a tough two-setter on the back of a three set win over Carla Suarez Navarro.

Next, Radwanska faces No20 seed, Roberta Vinci, who beat No13 Dominika Cibulkova. On paper, this was an upset but in fact, the Italian has now beaten the Slovak four times in a row.

Vinci reached her very first Grand Slam fourth round this year at Wimbledon. Now, in her 10th US Open, and matching her highest ever ranking, she has done the same here. Unfortunately, though, Radwanska has owned her in their previous four meetings.

If Radwanska makes it to the quarters, she will face two of the outstanding players of the year so far, both enjoying career-high rankings: Angelique Kerber, No6, or Sara Errani, No10. 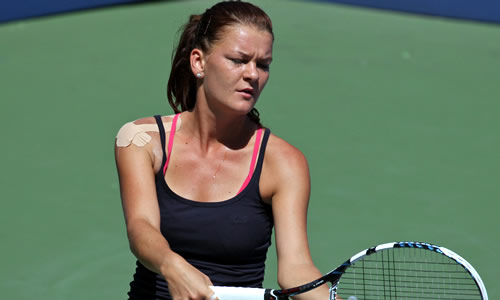 Kerber made her breakthrough here last year with a semi-final run and backed it up with a quarter finish at the French and the semis at Wimbledon, and she looked in stunning form against Olga Govortsova, a 6-1, 6-2 trouncing. She also has more match wins this year than other woman on the tour: 56.

Errani’s season has burgeoned, too. She reached her first Major quarter-final in Australia and then was runner-up at the French Open.

They have split their two previous matches and their battle for a quarter-final place could be the match of the fourth round.

And so to the other quarter, the Serena Williams quarter, and a segment that always looked a straightforward ride for her. It became more benign with the first-round loss of No8 Caroline Wozniacki, as well as Nos 22, 24, 26 and 32.

Then No14 Maria Kirilenko, who might have met Williams in the fourth round, fell to the unseeded Andrea Hlavackova. The Czech woman has never been past the second round of a Grand Slam before and has never even played the main draw of the US Open, so beating Kirilenko counts as the biggest win of her career so far. Next, though, is the most formidable opponent of all: She has never played Williams before.

And the only other seed left in Williams’ section, her possible quarter-final opponent, is Ivanovic. The popular Serb came through a repeat of last year’s match against home sweetheart Sloane Stephens to reach her third straight fourth round at Flushing Meadows—but she has never got any further in New York.

If she is to do so this year, she must beat Tsvetana Pironkova, a Wimbledon semi-finalist in 2010 and a quarter-finalist there this year.

So things continue to look like smooth sailing for Williams who, incidentally, is the other woman who has not dropped a set—and she has dropped only 12 games. She will also be buoyed up by a resounding revenge win over Ekaterina Makarova: “She beat me before, in Australia this year, so going in I knew I needed to play better today, and I felt like I did.”

It is, then, Sharapova in the top half of the draw and Radwanska in the bottom half who have to overcome the biggest hurdles if they want to reach the semis. The former, along with her seven top-half colleagues, will compete for a quarter-final place tomorrow. Radwanska’s work begins again on Monday.