Alessandro Del Piero confirms he turned down move to Liverpool 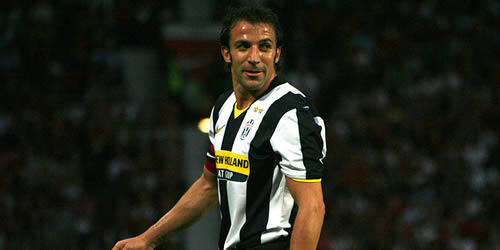 Alessandro Del Piero has confirmed he rejected the chance to join Liverpool this summer before signing for Australian side Sydney FC.

The 37-year-old was linked with a move to Anfield after calling time on his glittering 19-year career at Juventus.

Liverpool were reportedly interested in Clint Dempsey and a number of other attacking options as it became clear Andy Carroll was not part of new manager Brendan Rodgers’ plans.

But Del Piero admits he turned down a move to Merseyside because he was already close to signing for Sydney, and out of respect for the Heysel tragedy.

“Why I said no to Liverpool? Negotiations with Sydney were already advanced and then I thought about what had happened at Heysel,” Del Piero told Italian newspapaer Gazzetta dello Sport.

“Juve and Liverpool were able to rebuild the relationship, but for many people that tragedy is an indelible memory. I thank all the clubs which wanted me, but I’m convinced of my choice.”