Novak Djokovic looks the best bet to end the year at No1 ahead of Roger Federer, even though the Swiss currently tops the rankings 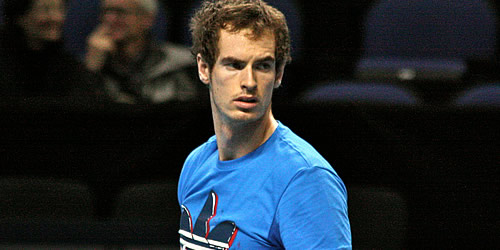 The tennis pace picks up with a vengeance during the frenetic three-week Asian swing as two men with ambitions for the year-end No1 and the World Tour Finals title enter the fray: US Open champion Andy Murray and the US runner-up Novak Djokovic.

Two of the five tournaments that make up the glamorous Far East circuit have already played an important part in determining the line-up at the O2 in London come November. For although the Thailand Open and the Malaysian Open are 250 events, they drew between them eight of the top 20 players.

Juan Monaco—at age 28, one of the growing band of late-maturing players to be enjoying the best form of his career in 2012—broke into the top 10 for the first time in July and reclaimed that spot by winning the title in Kuala Lumpur. Having won his last title back in 2007, this is now his fourth title from five finals this year.

The win takes him to joint 11th in the race for London and, in a nice coming together of campaigns, he shares that place with the winner in Bangkok, Richard Gasquet.

Although it is only the Frenchman’s first title this year, Gasquet has put together one of his best seasons since he burst onto the tennis scene as a teenager. In Monte Carlo 2005, he beat Roger Federer from a set down—only Marat Safin at the Australian Open, Rafael Nadal at Roland Garros and David Nalbandian in the Master Cup broke Federer’s 11-title winning dominance that year—to break the top 12. This year, Gasquet reached his first Masters final since 2006 and now he has won his first title in nearly two and a half years.

Monaco and Gasquet both have the chance to overtake the current No10 in the race, Nicolas Almagro, if they reach the semi-finals of this week’s richer pair of tournaments. The Japan Open in Tokyo and the China Open in Beijing are each worth 500 points and feature six of the top 10 players.

It is these events that will lay the serious groundwork for the rest of the season: first the climax of the Asian swing at the Shanghai Masters next week and then the tightly-packed half-dozen indoor events that culminate in the Paris Masters at the end of the month.

Almagro could meet Monaco in the Tokyo quarter-finals, but they are not the only men attempting to change their race positions. One spot above Almagro, at No9, is Janko Tipsarevic, a semi-finalist in Bangkok. The Serb could take the eighth spot from Jo-Wilfried Tsonga, though he would have to win the title—and that would probably mean beating defending champion Murray in the semis.

This month was hugely successful for Murray last year: He won back-to-back titles in Bangkok, Tokyo and Shanghai. So he has big points to defend, though his opponent in Tokyo’s final last year, Nadal, remains absent with injury and looks likely to miss the entire indoor season.

Murray faces instead the prospect of the formidable Tomas Berdych seeded at No2 and bidding for his second Tokyo title and his third straight year at the World Tour Finals (WTF). Currently No7 in the race, his prospects of climbing further look good: At No6 is Juan Martin del Potro, absent with what may become a season-disrupting wrist injury.

And Berdych is accelerating towards the finish line, much as he did last year when he won in Beijing and reached the semis in Paris and London. This year, he lost to Murray in the semis of the US Open, having beaten Federer in the quarters, then won both his singles rubbers to take The Czech Republic to the final of the Davis Cup. And it is he who could determine the progress of Monaco or Almagro, since he will most likely play the survivor of their quarter-final.

Murray, playing his first match since his Grand Slam triumph in New York, is already guaranteed a place in London in November and will hope to end a highly significant 2012 with a bang. Last year, he was forced to bow out at the Round Robin stage of the WTFs with injury, but he has twice reached the semis—in 2008 and 2010—and all but did so in 2009, winning two of his three ties.

It is even possible—just—that Murray could take the No1 ranking if he does win in London, though he would also have to retain his Tokyo and Shanghai titles and win the Paris Masters. Even then, his chances of topping the rankings would be decided by the performances of Djokovic and Federer.

However, it is Djokovic, currently leading the race, who looks the best bet to end the year at No1 ahead of Federer, even though the Swiss is at the top of the rankings this week.

For although Federer has suffered only one defeat on indoor hard courts since Murray beat him in the final of the Shanghai Masters in 2010—he lost in the semis in Paris at the end of 2010 but otherwise won seven straight indoor titles, the most recent in Rotterdam in February—he is almost 1,000 points behind Djokovic in the race. Federer would therefore need to repeat last year’s unbeaten run in Shanghai or Paris, in Basel and at the WTFs—unless Djokovic has a very mediocre remainder of the year.

Compared with his record-breaking run of 2011, though, the Serb seems to have paced his schedule more carefully to ensure he does not run out of steam in London as he did last year. And conveniently, he opens his autumn campaign at the other 500 tournament from Murray, heading the seeds in Beijing.

Djokovic has twice won the China Open, in 2009 and 2010, but forewent the tournament last year in favour of the indoor 500 in Basel.

And like Murray, he could have an important role to play in the runs of other men to the WTFs. He is scheduled to meet Gasquet in the Beijing semis—and with Marin Cilic making a first-round exit, that looks even more likely—and then either Tsonga or David Ferrer in the final.

Ferrer, despite winning five titles and playing some of the best tennis of his career during 2012, has yet to seal his place in London, though he is very close. He has won more matches than anyone else this season and is the only top-eight man to play in September’s Davis Cup tie and all three weeks of the Asian swing. However, he lost earlier than expected in Kuala Lumpur last week and must take care not to run himself into the same state of exhaustion that he revealed in London last year: “I’m very tired. I want to stop, but I can’t because I have the Davis Cup. But I’m really tired.”

Tsonga, rather like Federer and Berdych, seemed to save his best for last in 2011. After the US Open, he won indoor titles in Metz and Vienna, reached the semis in Bejing and the finals in Paris and London. He has already defended his Metz title so, although he is defending the No8 spot in the race, he looks tough to dislodge—especially as there are weak links above him in a missing Nadal and a vulnerable del Potro.

It is a situation that leaves plenty to play for. The men floating in the half-dozen places outside the top eight must certainly see some openings on the road to London this autumn. And for Almagro, Gasquet and Monaco in particular—all close to making the valuable cut for the first time in their careers—favourable or difficult draws could make all the difference.

As for the top three already guaranteed to be in London, the road is also an intriguing one. Any one of Federer, Djokovic or Murray could be top at the end of the year and along the way, the Swiss man, should he reach the quarters in Shanghai, would break through the 300-week milepost. Perhaps not important to the man himself, but it is sure to add another headline to Federer’s year.

Serie A wrap: Napoli continue to challenge Juve for the Scudetto