Championship wrap: Freedman’s Bolton move could be a sidestep 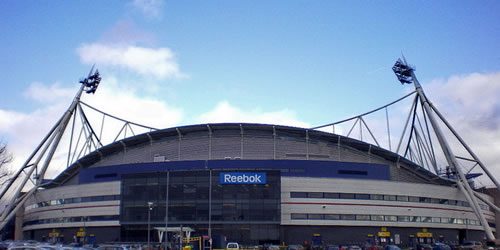 Freedman in danger of making a career sidestep at Bolton

Moving clubs this week was Dougie Freedman, Crystal Palace’s young manager who had got his side up to an impressive fourth this season, as Bolton Wanderers came calling for him to replace fellow Scot Owen Coyle, who departed earlier this month. Palace legend Freedman, in only his second season as a manager, finds himself with the difficult task of revitalising a Bolton squad still haunted by last season’s relegation and now struggling in England’s second tier. The new boss was in attendance as his side picked up a battling 2-2 draw against a strong Wolves team currently sitting in the play-off spots. A last minute equaliser by Wolves old boy Mark Davies rescued a point, after Benik Afobe had earlier put the visitors ahead before Kevin Doyle netted a brace. Freedman’s move up north away from the club he played over 450 times for has raised eyebrows. While Bolton undoubtedly possess one of the league’s finest squads, Freedman had built an excellent young Eagles side, recently tying in-demand star man Wilfried Zaha down to a five-year contract and playing good football. With the safety of a cemented status with the fanbase, he now finds himself in riskier territory. Only time will tell whether this was the right career move, but one thing is certain – it will make or break his career as a top-class manager or a flash in the pan appointment.

Dogged Leicester cementing their place at the top of the table

Nigel Pearson’s Leicester picked up their sixth successive home win after defeating Brighton 1-0 at the King Power Stadium to remain top of the table. The Foxes’ home form has been flawless this season, picking up 18 points out of a possible 18 this season, contributing to their 25-point haul that sees them above Cardiff City on goal difference. Andy King’s 10th-minute goal was enough to beat Gus Poyet’s men, who have now not won in five games and see themselves sliding down to ninth after losing a game in which they missed a second-half penalty. Pearson’s side don’t play pretty and reflect their manager’s dogged attitude, but their fans won’t be complaining if they remain up at the top next May, delivering on their Thai owner’s substantial investment.

After the drama Leeds back in familiar midweek territory

Leeds United disappointed with a lacklustre display in a 1-1 draw against a struggling Charlton Athletic at Elland Road. After David Norris gave his side the lead in the first half, it looked like the Whites would dominate and go on to win comfortably as expected. But Charlton, in a run of poor form which has seen them win only once in the last five games, put in a spirited display and can consider themselves very unlucky not to have come away with all three points. Ex-Tottenham man Dorian Devite equalised in the second half, giving his side no more than they deserved as they put the home side – who can thank the acrobatics of Paddy Kenny for the point – under sustained pressure. Following the full blooded and incident packed Yorkshire derby with Sheffield Wednesday last Friday night, this was an altogether more subdued affair witnessed by 17,484 fans, Leeds’ lowest league attendance since exiting the Premier League in 2004. And yet, Warnock’s side remain unbeaten in six and find themselves just outside the play-offs, perhaps just one or two quality players short of competing at the top of the table.

Birmingham fight back shows a side playing for its manager

Under fire Birmingham manager Lee Clark looked on the brink as his side conceded three goals in the first 20 minutes away to Millwall. New Zealand international striker Chris Wood bagged a double as Chris Taylor added to the score line to put The Lions three up and cruising with a real drubbing on the cards. However, Marlon King bagged a stunning second half hat-trick to ease pressure on boss Clark, who has picked up just three wins in his tenure and finds his side fifth bottom. With the 5-0 home defeat by Barnsley still conjuring up raw emotions for The Blues, Tuesday night’s comeback proved there is a fighting spirit in a squad still playing for their under pressure manager.

Peterborough looking to begin their own great escape

Peterborough United lifted themselves off the foot of the table after a George Boyd double inspired an impressive 3-1 home win against high-flying Huddersfield Town. Darren Ferguson’s side picked up their first home victory of the season to see off Simon Grayson’s men in what was the result of the night. Peterborough’s 18-year-old defender Kgosi Ntlhe notched his first goal in football to put his side three up, before Adam Hammill’s pulled one back for the Terriers.