Indian Grand Prix 2012: Red Bull's Sebastian Vettel believes the Buddh International Circuit is one of the toughest tracks in F1 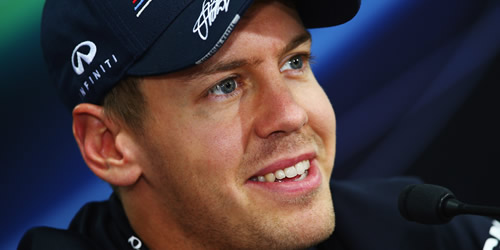 Sebastian Vettel has claimed the Buddh International Circuit is one of the most challenging tracks on the Formula 1 calendar ahead of Sunday’s Indian Grand Prix.

The Red Bull driver, who leads the race for the drivers’ championship from Fernando Alonso, won last year’s race and believes the Indian track is one of the most exciting in the sport.

“I loved the track layout last year, but not just because I won the race,” said Vettel. “With an average speed of 235kph, the course is the second quickest of the year after Monza.

“There is a lot of elevation change around the lap which adds to the fun, from as much as eight per cent downhill and up to 10 per cent uphill; it’s like a roller coaster!

“It really has emerged as one of the most challenging circuits on the calendar for the drivers.”

And Vettel’s Red Bull team-mate Mark Webber is also a fan of the track.

“It’s a challenging venue and I really enjoy the track, it’s a nice circuit to drive,” said the Australian. “There was a massive crowd there last year and it was a good atmosphere.

“The track is similar to Korea with mainly long straights in sector 1 followed by a very busy sector 2 and 3, so we need to get the balance right between downforce and top speed.

“It should be reasonably straightforward weather-wise and I’m looking forward to getting out there.”

Leinster’s Rob Kearney will be ready to answer Ireland call