Indian Grand Prix 2012: Red Bull's Sebastian Vettel insists he is comfortable to be the man to beat in the race for the title 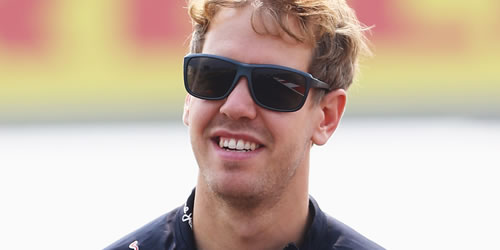 Sebastian Vettel insists he is comfortable being the man to beat in the drivers’ championship ahead of this weekend’s Indian Grand Prix.

The Red Bull driver leapfrogged Ferrari’s Fernando Alonso into first place in the standings with victory at the Korean Grand Prix a fortnight ago and now leads the Spaniard by six points with four races to go.

And the defending world champion insists Red Bull will not change their approach as the German guns for his third straight world crown.

“This is a better position to be in than the position we had three or four races to go, so obviously we’ll try to do our best in the next couple of races to make sure we stay there,” Vettel said.

“But in terms of our approach I think nothing really changes. I think they will be extremely important races for us if you look at the championship table but as I said we have to try to do our best and then go from there.”

India v England: It will be surreal without Strauss, admits Cook