Kimi Raikkonen to stay at Lotus for 2013 Formula 1 season 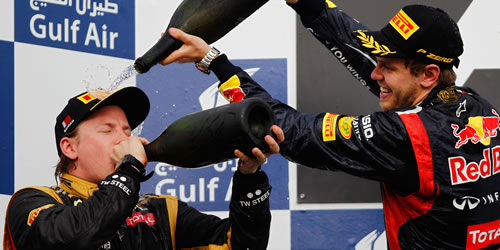 Kimi Raikkonen will remain at Lotus for the 2013 Formula 1 season, the team has confirmed.

The Finn, who made his return to the sport at the start of the season, is currently third in the drivers’ championship standings after having notched up six podium finishes this year.

“I think my return to Formula 1 has gone pretty well,” said Raikkonen, who won the world title with Ferrari in 2007 before leaving the sport for the world rally championship.

“I didn’t expect to be fighting for the drivers’ championship this season.

“It has been great to be on the podium so many times and to score points on a regular basis.

“I feel very comfortable with Lotus F1 Team and we share the same philosophy of racing. Continuing with the team was an obvious choice for me.”

Team principal Eric Boullier added: “Kimi has made an exceptional comeback to Formula 1.

“For Lotus F1 Team to be fighting for such strong championship positions this year is in no small part attributed to Kimi’s talent and experience of racing.”