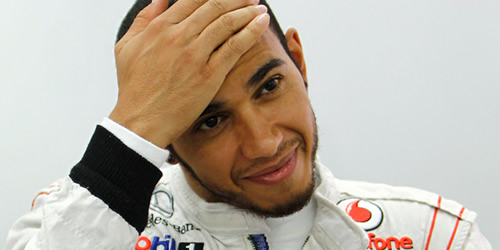 Lewis Hamilton admits he is wary of Red Bull’s “serious pace” after Mark Webber and Sebastian Vettel locked out the front row in qualifying for Sunday’s Korean Grand Prix.

Hamilton, who is 42 points behind championship leader Fernando Alonso, was just 0.2 seconds behind Webber and qualified third at Yeongnam ahead of the Ferrari driver.

“Yeah, definitely,” said Hamilton when asked if Red Bull now have the best car. “We’re very close but they’ve got some serious pace.

“For us, maybe I had half a tenth in it today; I really ragged the life out of the car so I got absolutely everything out of it.

“But they were a couple of tenths ahead and Sebastian and Mark are both saying they have a little bit more so you don’t know whether or not they do but say it’s two or three tenths that’s quite a lot of time.”

Despite starting behind the Red Bull duo, Hamilton is convinced he can challenge Vettel and Webber during Sunday’s race.

“A good start would be a major help,” he continued. “I was on pole last year and Sebastian got me – there’s two long straights so it’s a good opportunity for slipstreaming and overtaking but one step at a time, I really hope that tomorrow’s just a strong race for us.”