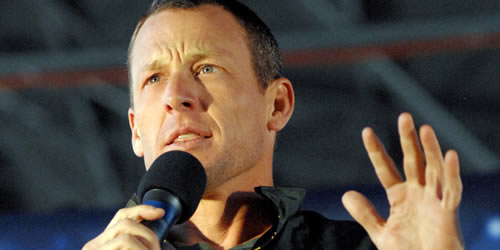 Lance Armstrong has been stripped of his seven Tour de France titles by cycling’s governing body.

The announcement comes after the International Cycling Union (UCI) accepted the findings of the United States Anti-Doping agency’s (Usada) investigation into Armstrong.

UCI president Pat McQuaid said: “UCI will not appeal to the Court of Arbitration and recognise the sanctions Usada has imposed [on Armstrong]. UCI will back the life ban and strip him of his seven Tour de France titles.

“Lance Armstrong has no place in cycling.”

McQuaid, who said he had no intention of resigning over the scandal, added that Armstrong had been stripped of all results since 1 August 1998 and banned for life.

“When I took over as president in 2005 I made the fight against doping my priority. I acknowledged cycling had culture of doping. Cycling has come a long way. I have no intention as resigning as president of the UCI.”