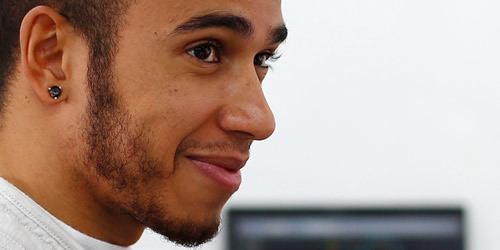 Lewis Hamilton believes Fernando Alonso deserves to win this season’s world title because he has been “driving like a champion all year”.

But Hamilton, who admitted defeat in his own pursuit of the title following his disappointing 10th-place finish at Yeongnam, says Alonso would be a worthy winner of this year’s drivers’ crown.

“I feel like Fernando has deserved it throughout the year,” Hamilton said. “His team haven’t made one mistake. He hasn’t always been the fastest but he has been up there.

“He has driven like the champion he is all year and I feel as though he is a three-time world champion. Red Bull have been more up and down but they have still done a great job. They have won the last three races.”

Hamilton recently ended speculation over his future by signing a three-year deal with Mercedes from 2013, signalling the end of his five-year stint at McLaren.

But the 27-year-old, who made headlines for a recent Twitter blunder involving his team-mate Jenson Button, insists he has been fully focused on delivering for his current employers all season.

“I’ve never been distracted once this year,” he continued. “I’m still 100 per cent in this team to the last minute.

“People will continue to say that there is a rift between me and Jenson but there honestly is no issue between us. I have been part of this team for so many years and have a great relationship.

“I think I am loved as much as I love the team. I hope it is possible to get a podium in the last four races but we weren’t quick enough in Korea.”