Paris Masters 2012: Marianne Bevis looks at some of the talking points as the ATP Tour reaches its conclusion 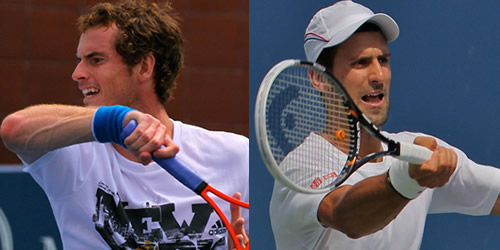 Before it even began, the BNP Paribas Masters in Paris Bercy, the last of tennis’s Masters tournaments—indeed the last regular men’s tournament of the year—had made headlines.

First, world No4 Rafael Nadal confirmed he was unfit to play. Then on the eve of the tournament, Roger Federer, the event’s top seed, announced his withdrawal after losing the final in Basel.

That in turn confirmed that the new top seed, Novak Djokovic, would take the year-end No1 ranking for the second year in a row.

Meanwhile, Juan Martin del Potro, taking his second consecutive title in as many weeks in Basel, and his first win in seven attempts this year against Federer, confirmed not only that he would be among the eight in London for the first time since 2009 but that he was back at the top of his game.

And then down in Valencia, David Ferrer won a year-leading sixth title, drawing level with Roger Federer’s tally, and his opponent in the final, Alexandr Dolgopolov, rose to No18 in the rankings and No16 in the race to London.

But for five men in particular, these last weeks and, most of all this week in Paris, have carried especial importance.

Jo-Wilfried Tsonga, Janko Tipsarevic and Juan Monaco, all contenders for the World Tour Finals in London, fell in Valencia’s first round, and Nicolas Almagro lost in the quarters. That meant that Richard Gasquet’s semi-final run in Basel took him above Almagro to No10 in the race. And with the withdrawal of Nadal making No9 the new cut-off, Gasquet was a serious new contender to qualify.

The draw for these in particular, therefore, could be critical. With two firm places left, plus a reserve spot, here are their prospects (with their current rankings adjusted for Nadal’s absence):

Jo-Wilfried Tsonga, No7; Nicolas Almagro, No9

Last year’s finalist, losing to Federer, Tsonga won in his only Masters trophy in Paris-Bercy in 2008. He had back trouble in Valencia but even if he is 100 percent fit, he still has a nasty draw. First up is fellow Frenchman Julien Benneteau, a wily campaigner, very at home on fast courts, and with some good performances in Basel—he finally lost to Grigor Dimitrov in three tie-breakers.

Worse for Tsonga, his third-round opponent could be fellow London contender, Almagro, and beyond that lies the survivor between Stan Wawrinka—a dangerous man when he hits form—or Ferrer. Remarkably, Tsonga has played the Spaniard only twice, and they split the honours.

If the Frenchman reaches the semis, he has the prospect of Djokovic—he has lost all four matches to the Serb this year—or the in-form del Potro, against whom he also has a losing record. Fortunately for Tsonga, he has enough points advantage to probably see him safely home with a couple of wins.

Almagro, though, needs to get beyond his third-round against Tsonga and his reward would most likely be the man to whom he’s lost all 12 previous matches, Ferrer, most recently a few days back in Valencia.

Janko Tipsarevic, No8; Juan Monaco, No11

Tipsarevic also had injury problems in Valencia, in his shoulder, and to compound his problems, he does not have an enviable draw. If he makes it past a possible second-round meeting with the Valencia finalist Dolgopolov, over whom he has fewer than 1,000 points advantage, he could meet either Jurgen Melzer—a Valencia semi-finalist—or London contender Monaco.

Tipsarevic and Monaco have split their four previous meetings, but the Argentine has won four titles this year, including the indoor event in Kuala Lumpur.

It is more important for Monaco to win if he is to keep alive his London hopes, and the contest gets much tougher in the quarters, with Andy Murray the likely opponent. The world No3 has never reached the final in Paris before, and has yet to win a Masters this season—he lost both his 2012 Masters finals to Djokovic—but his prospects got a whole lot better with Federer’s withdrawal: They were drawn in the same half.

Even beyond Murray, the prospects for progress for Monaco and Tipsarevic are tough: Tomas Berdych is the top seed in the top quarter. Tipsarevic has more than 400 points over Monaco, though, so victory against him here may be enough.

Working in the Frenchman’s favour is the form he has shown in the indoor season: a win in Bangkok and the semis in Basel. Against him is his draw.

Although he was scheduled to be in the same quarter as Federer, he is still due to meet Tomas Berdych in the third round before that advantage could kick in. And even before that, he has Kevin Anderson as an opener—and the South African showed all his indoor power in Basel before falling to del Potro in the quarters in three sets.

Should Gasquet beat both Anderson and Berdych—though Andreas Seppi, winner in Moscow and finalist in Metz, is also in this segment—the highest seed he can meet in the quarters is Kei Nishikori at No15. But it’s all a big ask, a draw that could prove a stumbling block to a great end-of-season climax.

As for who may win the title in Paris, it could come down to a repeat of the stunning final at the last Masters in Shanghai between the top seeds Djokovic and Murray.

The two men are locked into a rivalry that has been utterly compelling this year. Shanghai was just the latest of six meetings in 2012, and they have split the wins. Djokovic won their long five-setter at the Australian Open and then the Miami Masters but Murray won in Dubai, in the semis of the Olympics and in another five-setter in the final of the US Open.

Djokovic is the form man of the year when it comes to Masters: He’s won three titles from six finals and put together a season-leading 34-5 match record. He has drawn del Potro in his quarter but will be much the fresher of the two if that contest comes about.

Murray has the chance of Berdych in his semi, and the Czech won in Stockholm after reaching the semis in Shanghai.

On form and on results this year, this tournament still looks like a Djokovic-Murray showdown. Who will join them in London looks altogether harder to call.

More to note about Paris:

1. Wild card movers: Two young risers are starting to fulfil their promise: Dimitrov up seven places in the rankings this week after a quarter-final finish in Basel; and Jerzy Janowicz, starting to claim some big names, and already through Phlipp Kohlschreiber in Paris.

2. Previous Paris winners: Djokovic won in 2009, Tsonga in 2008 but, seven years ago, Berdych was the champion and, with Federer out of his quarter, things have opened nicely for him to the semis.

3. Gasquet has qualified for the last-eight showdown once before: It was five years ago, he was 21 and he lost to Nadal and Ferrer in the round robins but beat Djokovic.

WTA Championships 2012: It’s the best season of my career – Williams