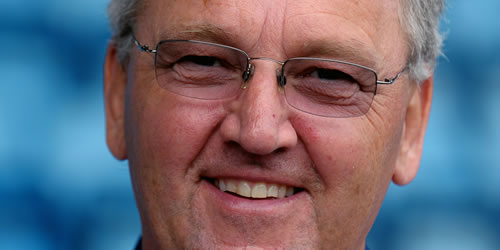 Eriksson, who will move on from his role as the UK Paralympic head coach with immediate effect, has worked for the governing body since January 2009.

As Paralympic head coach he masterminded a dramatic rise in performance of the British team, finishing second in the medal table in the 2011 World Championships and third at the London Paralympic Games.

“Peter has proved time and again that he has the priceless ability to lead and inspire athletes to deliver when it matters most – at the biggest championships, on the global stage,” said UK Athletics performance director Neil Black.

“He is a rare talent, fantastically well positioned to now assume leadership of the Olympic team, and to build on the impressive progress the sport has made between Beijing and London.”

Eriksson added: “It is a great privilege to be asked to take on this role.

“I will continue with the methods and approach that has proved so successful in the Paralympic arena, and that has been about strong performance management of our best medal prospects to maximise the likelihood of medal winning performances.

“The Olympic team performed very well in London, finishing fourth in the world with four golds so I have a great platform on which to build. But I believe that we can still do better in Rio 2016, and of course when the World Athletics Championships take place in the London Olympic Stadium in 2017.

“The next five years look like an exhilarating time for British athletics.”