Phil Jagielka admits John Terry retirement is ‘opportunity’ for him 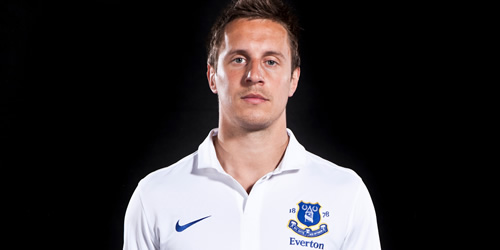 Phil Jagielka has revealed he was “gutted” to see John Terry announce his retirement from international football but admits it has given him an opportunity to stake his claim for a regular spot in the side.

The Everton defender started England’s 5-0 victory over San Marino at Wembley on Friday and could be given the nod again when the Three Lions face Poland in Warsaw on Tuesday.

And the 30-year-old was full of praise for Terry’s contribution to England over the years after the Chelsea defender announced his retirement last month.

“[I’m] gutted for being an England fan – he has been a fantastic player for England,” Jagielka told the Guardian. “He’s put his body on the line for many years now but he had his reasons. It was his decision, he wasn’t forced.

“It was his choice so, if you look at it from a purely personal point of view, it was one less person to compete with playing for England.

“As much as I was gutted he wasn’t going to play for England again, it was also an opportunity for me to try and go higher up the pecking order.”