Shanghai Masters 2012: Can World No1 Roger Federer notch up a record-breaking 22nd Masters title next week? 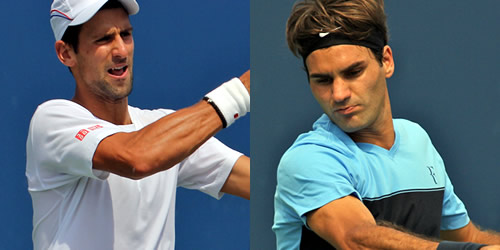 The biggest tournament in the Far East has many things in its favour. The Shanghai Masters is hosted by one of the most vibrant and cosmopolitan cities in China with a skyline to take the breath away, and the tournament is played out in a venue that set new standards that its ‘Asian swing’ colleagues have followed.

From first sight, the monumental centre court of the Qi Zhong Tennis Centre impresses and, once inside, its circular colosseum is a spectator’s dream. Even its steel roof, made from eight petal-shaped pieces, is an engineering masterpiece: It unfolds, in just eight minutes, like a blossoming magnolia, Shanghai’s symbolic flower.

The venue was built to hold that most prestigious of tennis events, the Masters Cup—the forerunner of the World Tour Finals—from 2005 to 2008. Then with the transfer of the end-of-season climax to London, the tour conferred Masters status on Shanghai, and it has won the coveted “Players’ Favourite 1000” title ever since. It’s not difficult to see why.

And the top three men in the world have all enjoyed success here, too. No1 Roger Federer won the Masters Cup in 2006 and 2007, No2 Novak Djokovic took the title in 2008, and Andy Murray has won the Shanghai Masters title for the last two years.

Yet despite its many attractions, Shanghai has not enjoyed unbroken good fortune. Last year, Federer and Djokovic missed the event, along with top players such as Juan Martin Del Potro, Richard Gasquet, Gael Monfils and John Isner—all of them ill or injured.

This year, the 2011 losing finalist Rafael Nadal continues his long absence from the tour, and No5 David Ferrer and No8 del Potro are also missing. What’s more, the event has found itself dealing with heightened security problems following a death threat on their star attraction. Fortunately for the fans, Federer has still elected to play.

And fortunately for the organisers, the event is shaping up to be a pivotal tournament in the season as the top three vie for dominance ahead of the WTFs in London.

Djokovic is aiming to win enough points to claim the year-end No1 ranking. Then there is the chance of a rematch with Murray after losing out to the Briton at both the Olympics and the US Open.

Djokovic has also lost his last two matches against Federer, but the Swiss has targets of his own. He is on the verge of breaking the 300-week mark as No1, and would surely like to match the Pete Sampras record of six end-of-year No1s. But to close the gap on Djokovic in the race by November, he needs a strong run in Shanghai.

And should Federer win, he will take another record. He is currently level with Nadal at a record 21 Masters titles: He is aiming for a unique 22.

Overlaid onto these rivalries is the separate race to London for a clutch of other men. With the top three already locked in, the rest of the top dozen seeds are all looking for vital points as they jockey for position.

It was an exhausted Federer who last played a match—well, three matches—at the Davis Cup tie that took Switzerland back into the world group. By that stage, he had played more matches than in 2011 and more this year than either Djokovic or Murray. But he had reclaimed the No1 ranking, won his first Grand Slam in almost two-and-a-half years, and taken six titles.

There will be questions: has his month’s lay-off revived his body; how driven is he to pass those imminent milestones; and what impact will the mysterious online death threat—and leaving his family back home—have on his focus?

The draw, at least, should work him into form in the early rounds. He opens against a qualifier or wild card, and his first seed is scheduled to be compatriot Stan Wawrinka, who has beaten him only once in 12 meetings, back in 2009. The other seeds he may face in the quarters, Juan Monaco and Marin Cilic, have a combined deficit against Federer of 7-0.

There are dangerous unseeded floaters such as Fernando Verdasco, who has no wins over Federer in five meetings, but it may be the less experienced but fast-rising young Slovak, Martin Klizan, who surprises. He has just won his first tournament in St Petersburg, beat Tsonga in the US Open, took Vicktor Troicki to five sets at Wimbledon, and has already beaten Tomaz Bellucci in the first round. However, he still faces Cilic and Monaco before reaching a quarter-final playoff.

Matches to look out for: Cilic v Klizan, Round 2; Verdasco v Monaco, Round 2; Monaco v Cilic, Round 3.

The defending champion has a rather trickier quarter, opening against either the Beijing semi-finalist, Florian Mayer, or Bernard Tomic. The German beat Tomic in the Davis Cup last month and can be brilliant—but can blow hot and cold. So Murray’s first real test will come in the third round, a strong segment containing Alexandr Dolgopolov, ranked 13 at the start of the year, Jeremy Chardy, at a career high 31, Jurgen Melzer, No8 just over a year ago, and No15 seed Gilles Simon.

Chardy may ring alarm bells—he beat Murray in Cincinnati this year—but the Scot’s only loss to any of the others was to Simon in 2007.

Murray’s quarter-final could be against a strong London contender, Gasquet, who is showing good recent form. The Frenchman beat no fewer than three of the men in his Shanghai quarter to win the Bangkok title, including fellow London contender, Simon. He also beat Murray on the clay of Rome this year, and took him to four sets at Roland Garros.

However, Gasquet first has to contend with wild card Lleyton Hewitt, followed perhaps by No13 in the race, John Isner in Round 3. The Frenchman beat Isner in the semis of the Toronto Masters this summer, but Murray may prefer to see the big American advance to the quarters as he has beaten Isner in both previous meetings—both on hard courts.

All in all, this is section rich in variety, ambition and uncertainty.

Matches to look out for: Dolgopolov v Chardy, Round 1; Stepanek v Hewitt, Round 1; Simon v Melzer, Round 1; Gasquet v Isner, Round 3; Murray v Simon, Round 3.

With Nadal and Ferrer missing, Berdych claims a quarter of his own, and what an unenviable section it is. The Czech’s first seed comes in the shape of Kei Nishikori, who just scored his second career title with a superb display at the Japan Open—beating Berdych in the quarters.

If Berdych reaches his designated quarter-final place, he then faces either Milos Raonic, the beaten finalist in Japan, who also produced very fine tennis to beat Murray in the quarters there, or Jo-Wilfried Tsonga. Berdych and the Frenchman are Nos 7 and 8 in the race to London, which adds a special edge to any quarter-final contest here, and Tsonga is also in fine form, winning in Metz last week and putting up a sterling effort against Djokovic in the China Open final.

The only matches between Berdych and Tsonga came this time last year, the former winning in Beijing and the latter at the WTFs. But then Shanghai could instead serve up a repeat of Tokyo’s final between Nishikori and Raonic—though it would be some feat for the Japanese man given his schedule since the US Open: a five-set win in Davis Cup and a semi-final run in Kuala Lumpur before his giant-killing run in Tokyo. And Raonic, incidentally, faces the top-seeded qualifier, Marinko Matosevic, in the first round.

Make no mistake: this is a statement tournament for Djokovic. He is well clear of Federer in the race to the year-end No1, especially after his rousing win in Beijing this week, but he needs to find more to stave off the Swiss—and Murray—challenge.

And though he took the first Grand Slam of the year, he has seen his three chief rivals take each of the remaining three, and has lost to all three—Nadal, Federer and Murray—in their last two matches this year.

The draw has been kind to him, though. He finds the lowest seed in the draw in his eighth, Phillip Kohlschreiber, and compatriot, Janko Tipsarevic, who he beat in Toronto this summer, is his likely quarter-final opponent. More threatening may be Nicolas Almagro, who beat Tipsarevic in their only meeting at Roland Garros this year and who is fighting to make the WTFs for the first time. He lags just behind Tipsarevic at No10 in the race.

There is some class in this quarter—and, remarkably, seven single-handed backhands—such as Grigor Dimitrov in Djokovic’s first round, Feliciano Lopez, though he retired with an injury in the semis of Beijing, and Kohlschreiber, No17 in the race and a Wimbledon quarter-finalist this year. But none should cause problems to a Djokovic in the form he showed in China.

Matches to look out for: Almagro v Haas, Round 1; Troicki v Youzhny, Round 1; Kohlschreiber v Lopez, Round 2; Dimitrov v Djokovic, Round 2; Almagro v Tipsarevic, Round 3.

Southampton 2 Fulham 2: We need to improve our defending – Adkins