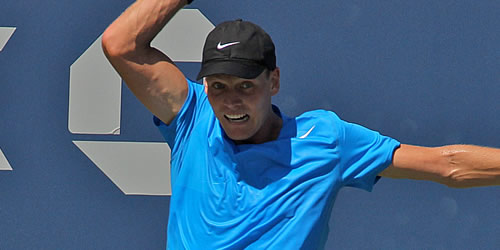 Tomas Berdych has become the sixth player to book his place at next month’s ATP World Tour Finals after he captured his eighth career title at the Stockholm Open on Sunday.

The Czech, who reached the semi-finals in London last year, secured his spot alongside Novak Djokovic, Roger Federer, Andy Murray, Rafael Nadal and David Ferrer at the season-ending event, leaving two more singles berths up for grabs with two weeks remaining of the regular season.

“London is always a goal every season. You have to play well the whole year to qualify. It will be special for me to play there for the third year in a row,” said Berdych.

Brad Drewett, ATP executive chairman and president, added: “I’d like to congratulate Tomas on having qualified for the ATP World Tour Finals for a third consecutive season.

“In recent years, Tomas has firmly established himself at the highest level on the ATP World Tour and his qualification provides confirmation of another outstanding season in 2012.”