Brazilian Grand Prix 2012: Ferrari's Fernando Alonso reflected on the "best year" of his career despite being pipped to the title 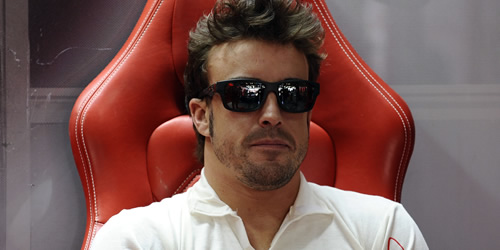 A deflated Fernando Alonso insisted 2012 has been the best year of his career after the Ferrari driver was pipped to the drivers’ title by Sebastian Vettel at the Brazilian Grand Prix.

Alonso’s second-place finish behind Jenson Button at Interlagos was not enough to overhaul the 13-point deficit to the Red Bull driver, despite the German finishing sixth after a chaotic race.

Vettel clinched his third straight drivers’ crown by three points but Alonso does not believe the title was lost at the season-ending race.

“There’s been situations during the season that make you think of these three points, but that’s the sport. Even though I finished second in the points I have never had such respect and the affection from everybody in the paddock.

“This is the first time that I have got drivers, ex-drivers, teams, fans to say that we have done the best championship.

“We’ll be back as strong in 2013, because it would be harder to be stronger. I have a great feeling after 2012, by far the best year of my career.”

Brazilian Grand Prix 2012: It was one of my toughest races – Jenson Button