Brazilian Grand Prix 2012: Sebastian Vettel insists it is pointless worrying about the predicted wet weather ahead of Sunday's race 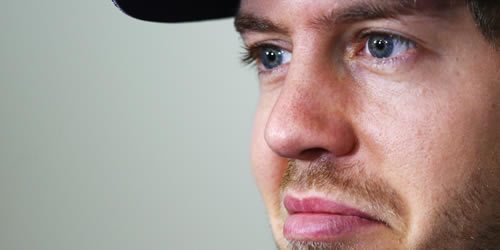 Sebastian Vettel insists he is not concerned about the predicted wet weather that could derail his drivers’ championship bid at the final hurdle at the Brazilian Grand Prix this weekend.

The German, who leads title rival Fernando Alonso by 13 points, can wrap up his third straight world title with anything better than a fifth-place finish at Interlagos.

The forecast is for rain on Sunday and Alonso boasts a better record in the wet during recent races – but the 25-year-old insists he is “not concerned”.

“In terms of general preparation we do all we can,” Vettel said. “Weather-wise I think it’s Sao Paulo; it’s the same if you go to Spa, things can happen quickly and the weather changes a lot here.

“I spoke to some locals and there was some big rain two days ago which wasn’t expected, probably for Saturday and Sunday there’s some rain on the way but then again you don’t know how much and when.

“I asked Pirelli yesterday if they had all the containers here with the rain tyres and that’s the case so I don’t think we have to be concerned.”

Brazilian Grand Prix 2012: We have nothing to lose, declares Alonso