At the start of 2012, two teenagers heralded a tennis resurgence in a sport-mad Olympic Britain.

Heather Watson, who would turn 20 in May, was ranked 92—up 84 places over the previous year—and Laura Robson, 18 in January, was at 131 and about to embark on her first full-year senior schedule.

Both began the Olympic year with Grand Slam markers laid down: In 2011, Watson had gone through qualifying to reach the second round of the French Open, and then took a set from Sharapova at the US Open; and Robson had beaten Angelique Kerber and pushed Sharapova hard before losing in the second round of Wimbledon. 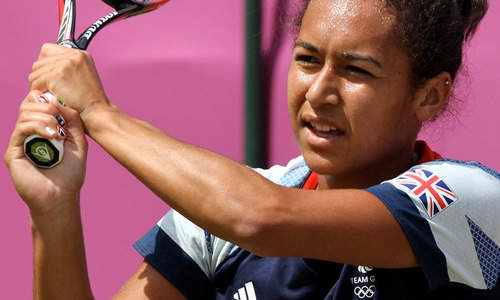 Come 2012, and Watson again reached the second round in Paris, but went a step further at Wimbledon, dropping just eight games to reach the third round, though she lost there to No3 seed Agnieszka Radwanska. By the time Watson played the Olympics, she was ranked 67 but then suffered a series of first-round exits until the concluding Far East swing.

That left the way open for Robson to overtake her friend and rival, though her year began slowly as she plied her trade on the ITF tour: She failed to win a WTA match until the grass season. Then she reached the second round at both Birmingham and Eastbourne before losing to Francesca Schiavone in her opener at Wimbledon.

Finally, though, the wins began to come, and against serious competition: the No27-ranked Roberta Vinci on Palermo’s clay; No23 Lucie Safarova at the Olympics—where Robson shared silver glory in mixed doubles with Andy Murray; and finally a show-stopper of a run at the US Open, beating two Grand Slam champions in Kim Clijsters and Na Li before falling to defending champion Samantha Stosur.

Robson was the first female Briton in 14 years to make the second week of a Grand Slam, and then—heading East—she became the first in 22 years to reach a final, in Guangzhou. 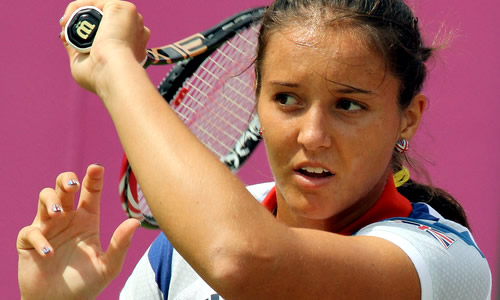 By the time she made the quarters in her season-concluding Osaka, she was the top-ranked Briton at 52. But Watson would not be outdone. In her last singles match of 2012, she fended off four match points in the third set of the marathon three-and-a-quarter hour Osaka final to become the first British woman to win a WTA singles title since 1988.

It took her back to the top of the GB rankings, at a career-high 49—and with a pair of doubles titles to her name as well.

Robson’s giant-killing success in New York—and the youngest woman in the top-100—earned her the WTA’s Newcomer of the Year Award, but it was a close run thing with her sister in arms. Watch out, 2013: The British are coming.

An honourable mention should also be made of a third—and charismatic—addition to the GB team in 2012. Jo Konta, who turned 21 two days before Watson turned 20, was born in Australia to Hungarian parents, and although she had lived in the UK for many years, it had taken until May 2012 to finalise her UK citizenship.

At the start of the US Open, she was ranked outside the top 200 and had played just five main-tour matches, but news quickly spread of her progress, unseeded, through qualifying and into the second round where she finally fell in three sets.