Ferrari’s Fernando Alonso: There’s nothing we can do in title race 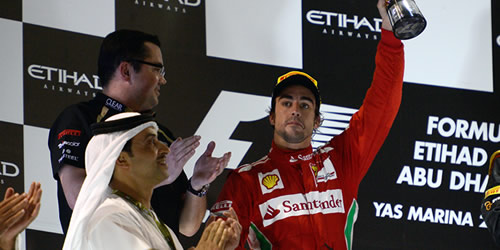 Ferrari’s Fernando Alonso insists there is little he can do to influence the race for the drivers’ title but has vowed to fight until the death.

With two races to go, Alonso insists he is prepared to “fight until the end” but knows his fate ultimately lies out of his hands.

“At the end, I think there is nothing we can do, we just need to concentrate on our race and, if we finish in front of Sebastian in the next two races, then maybe we have a chance,” said Alonso, “That’s our concentration now.

“Yes, I’m confident [and] we will fight until the end. We are not fast enough, this is true, and we are honest with ourselves, we know this.

“We need to accept this. It’s a weak point, the performance that we have at the moment in our package, but we have some strong points which we will try to use.”

Sebastian Vettel: We still have the momentum in title race