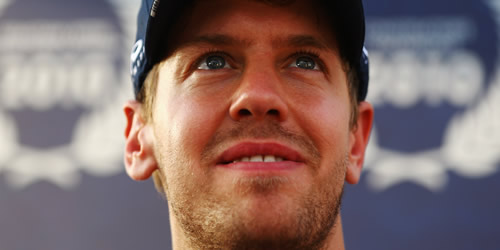 Jaime Alguersuari believes this year’s Formula 1 world title is Sebastian Vettel’s to lose heading into the final two races of the season.

And although Alguersuari admits that one mistake could swing the race in the Ferrari driver’s favour, the Spaniard is expecting Vettel to defend his crown.

“Alonso is 10 points behind Vettel in the championship going into the final two races of the season, which is a really small amount – the same as a fifth-place finish,” Alguersuari wrote in his column for BBC Sport.

“The situation is not easy for either of them.

“Vettel knows his car is faster. Alonso knows he has to keep on playing his cards, doing his maximum and pressuring Vettel as best he can.

“If one makes a mistake and the other does not, that’s the end for them.

“Anything can happen. It is a question of bringing the car home and not making any silly mistakes, scoring the maximum amount of points they can and each trying to cover the other.

“But one thing is sure – Vettel has more to lose than Alonso. He is leading and he has a quicker car.

“Vettel shouldn’t lose it, but he could. All Alonso can do is win, because it already looks like he shouldn’t.”