Lewis Hamilton does not expect to challenge for title in 2013 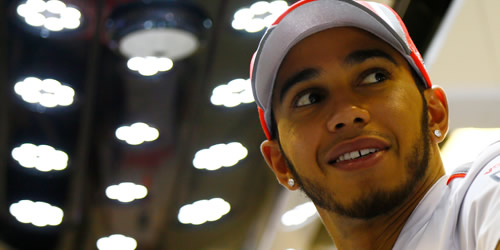 Lewis Hamilton has conceded that he does not expect to challenge for the drivers’ championship title with Mercedes next year.

The 27-year-old signed a three-year deal to join Mercedes from McLaren next season but feels it will be too soon to mount a serious title bid in his first campaign, adding that 2014 would be a more realist target.

“Obviously I would love to win World Championship next year, but it all depends on how they develop the car,” Hamilton, who is currently fifth in the drivers’ standings, told talkSPORT.

“I can’t be part of that development until next year, so the development that’s going on right now I won’t have anything to do with it. But I know Michael [Schumacher] will be doing a solid job, and so will Nico [Rosberg].

“But I think the targets are for the future – 2014, 2015 – that’s when the rules change and that’s when I really want to target the World Championship.

“When you move to a new team that’s not been successful, it doesn’t just change like that.

“It takes months and months, maybe 12-14 months, and I anticipate that will be the case.”