Man City transfers: Isco is happy to stay at Malaga, according to the Spanish club's general manager Vicente Casado 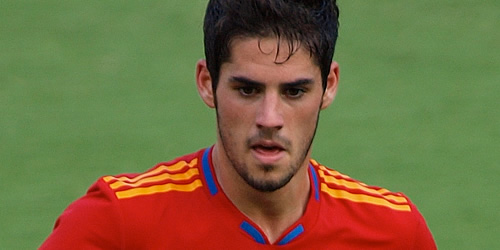 Isco has netted four goals in all competitions this term Photo: Tam Tam, via Wikimedia

The 20-year-old has reportedly attracted the interest of the Premier League champions in recent months, despite having a £17m buyout clause in his contract, which still has four years left to run.

The Spaniard is being courted a host of Europe’s top clubs, with Manchester United also understood to be interested, but Casado insists he is happy at the La Liga side.

“Isco? There is a clause of €21m, but the guy is very happy to be in Malaga, he is a son of our city,” Casado told Sky Sport Italia.

“He is a player who is ‘in fashion’ and courted by many teams, but for now he is happy with us.”

The forward has netted four goals in his 12 appearances in all competitions this term.