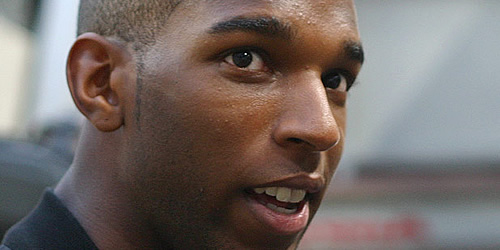 Ryan Babel has labelled Manchester City a “team of individuals” ahead of Ajax’s trip to the Etihad Stadium on Tuesday.

Ex-Liverpool winger Babel was part of the side that came from a goal down to seal a 3-1 win at the Amsterdam Arena last month to severely dent City’s hopes of reaching the last 16.

And Babel believes Roberto Mancini’s men do not play as a team in the face of adversity.

“Against City in the first game you could see the perfect example of a real team effort by Ajax against a team of individuals,” Babel told the Daily Mail.

“We noticed how the frustration got the better of them during the game. And we saw how the players were directing those frustrations towards each other.

“That is the danger of a club with so many big-name players and so many big egos. When the going gets tough, they are not prepared to do the hard work for each other.”

• City are hosting Dutch opposition for the third time having twice got the better of Twente. They won 3-2 to secure a 4-3 aggregate success in the 1978-79 Uefa Cup first round, with Brian Kidd, now first-team coach, scoring the second goal.

• Ajax ended a 40-year wait for an away victory over English opponents when beating City’s neighbours United 2-1 in last season’s Europa League round of 32.

• Mario Balotelli’s late penalty equaliser against Dortmund on matchday two means City have still not lost a European home tie since a 1-0 reverse against Midtjylland in the 2008/09 Uefa Cup second qualifying round.

• Ajax’s overall record away to English sides is W2 D4 L4. Their only other success was a 1-0 victory at Arsenal in the 1971-72 European Champion Clubs’ Cup quarter-finals.