Roberto Di Matteo’s Chelsea sacking should come as no surprise 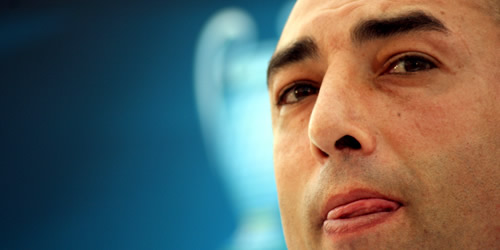 Roberto Di Matteo is the latest man to be shoved through the Stamford Bridge revolving door by Chelsea owner Roman Abramovich – but his ruthless dismissal should come as no surprise to Blues supporters.

The Italian is the eighth manager to suffer the chop since the Russian billionaire bought the west London club in June 2003 and his reign lasted just 262 days.

Di Matteo, appointed as Andre Villas-Boas’ temporary successor in March 2012, was placed in charge to take the Blues through to the summer, when Abramovich tried to tempt Pep Guardiola into taking over at Stamford Bridge.

But after it became clear the former Barcelona coach would stick to his plans of taking a year-long sabbatical, and following Chelsea’s remarkable Champions League and FA Cup double under Di Matteo, Abramovich – possibly somewhat reluctantly – handed the former West Bromwich boss a two-year deal.

He was always second choice – and it is clear Abramovich had no reservations about wielding the axe once again following Tuesday night’s humiliating 3-0 defeat by Juventus, a result which leaves the holders’ Champions League hopes hanging by a thread.

That loss in Turin extended the Blues’ win-less run to five games and compounded the 2-1 defeat at West Bromwich on Saturday. The Blues had also taken just two points from the last 12 available in the Premier League.

Di Matteo was informed of the decision during a 4am meeting at Chelsea’s Cobham training ground on Wednesday morning after the squad travelled back from Turin in the early hours.

A Chelsea spokesman said: “The team’s recent performances and results have not been good enough and the owner and the Board felt that a change was necessary now to keep the club moving in the right direction as we head into a vitally important part of the season.”

But it seems Abramovich’s discontent began surfacing much earlier than this month.

The Russian was dismayed to see the season’s first two shots at silverware squandered by Di Matteo’s men. The Blues owner was apparently riled by the club’s 4-1 defeat by Atletico Madrid in the European Super Cup in Monaco back in August, a humiliation which came days after their Community Shield loss to Manchester City.

Now, their recent poor string of results has left Chelsea in third place in the Premier League table, four points behind leaders Manchester City. The Blues are also on the verge of becoming the first Champions League holders to fail to make it out of the group stage.

It is understood that Chelsea are hoping to announce Di Matteo’s successor in the next 48 hours, with Rafael Benitez the early favourite to take over, at least until the end of the season.

When asked if he would take the job, Benitez told Sport360° on Wednesday: “I have just found out [about Di Matteo]. Obviously Chelsea is a top side and they can compete for trophies so it goes in this category. I am looking for a club that can challenge for trophies and Chelsea is one of these clubs.”

Abramovich’s first choice remains Guardiola but it is believed to be unlikely that the Spaniard, who is currently in Manhattan with his family, would be tempted to end his break from football early.

Whoever the next man brave enough to take the Stamford Bridge hot-seat is, he will need no reminding of the instant success Abramovich demands.