The evolving calendar of the maturing Roger Federer

Marianne Bevis examines Roger Federer's schedule for the 2013 season, with the Swiss opting not to play in Basel 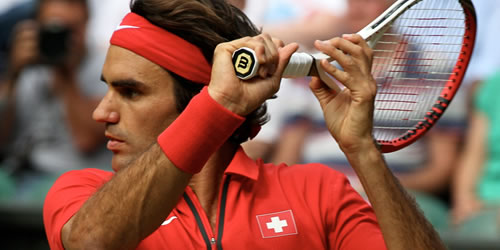 It was the summer of 1998, and the world’s best young tennis player was about to take his first step into the professional tour. Roger Federer, still a month shy of 17, won both the singles and doubles junior titles at Wimbledon, and the next week he played his first senior match back in his native Switzerland. It was Gstaad, on clay, and he lost.

But little more than a month after his 17th birthday, Federer won his first pro match—indeed reached the quarterfinals—in Toulouse. Perhaps, in retrospect, this was a sign of things to come: The French tournament was played on hard, indoor courts, an environment that arguably would become his most successful.

And another special run also got under way: The teenager played his first match in his hometown tournament, on the court where he had been a ball-boy not many years before, Basel. Federer was ranked just inside the top 400 and he lost to the world No8, Andre Agassi.

The next year, now 18, he reached the Basel quarterfinals, and in the next two years, he was the losing finalist. In fact, he would not win in Basel until he was 25 and had notched up nine Grand Slams and a couple of Masters Cups. The year was 2006 and, until this year’s final, he lost just one match—the final in 2009 to Novak Djokovic—in a subsequent seven-year run.

This week, though, 14 years after his first Basel match and a total of 13 appearances—he has missed Basel just twice, in 2004 and 2005, due to injury—it is notable by its absence.

Federer, with a smart sense of timing, launched his 2013 schedule from the safe distance and privacy of some holiday location—and there was Basel, gone.

But it was not the only tournament missing. The Miami Masters is perhaps the most high-profile omission, but Federer will also start his season differently. He

will neither take part in the New Year exhibition in Abu Dhabi nor in the event that has normally launched his season, the Doha 250—though both are in striking distance of his second home and training base in Dubai.

It is not just the timing of the announcement that is smart but also the room for manoeuvre he has preserved with the words ‘subject to change’.

The clue to Federer’s thinking came loud and clear at his last press conference of 2012 at the World Tour Finals:

“I haven’t really set clear goals yet for next year. I first have to make sure I create my schedule so it makes sense for my practice schedule. I need to practise a whole lot more next year, because this year, I hardly had an opportunity to do so. I have some catching up to do in that standpoint. Then I’ll see what’s most important to me and the team, then I’ll go from there.”

And in its first iteration, his schedule has indeed been built around substantial non-competition blocks that his 2012 targets made impossible—he front-loaded his season to put on the points needed to reclaim the No1 ranking and to peak for Wimbledon and the Olympics. In 2013, with the No1 record, the Wimbledon title and an Olympic medal achieved, there are different priorities.

After a few weeks’ holiday, he goes to South America for an exhibition tour—a blend of relaxation and early preparation for his first key training period of 2013. “I made sure I have a two-week vacation before that and the preparation for South America. So for me that is even the beginning of the build-up and the workouts.”

He then has a clear month before the Australian Open—though it’s entirely possible that his training could incorporate some warm-up matches along the way. After all, there are probably few events that would deny him a last-minute wild card.

After Melbourne, he returns to Rotterdam as defending champion—a quick blast of indoor tennis close to home—before defending two more titles in Dubai and Indian Wells.

The double-headed Masters of March always makes a demanding stretch, and with few points to defend in Florida, he has chosen to rest, recuperate and prepare his game for the intensive clay season. Federer will have almost seven weeks before embarking on another title defence, this time in Madrid, then it will be Rome, the French Open and, in what unfolds into one of the hardest swings in the season, a straight run onto grass.

Federer has been as dedicated to Halle as to Basel and he sticks to his regular Wimbledon preparation at his only 250 of the year. And after London comes a return, for all the tour, of the usual month’s break before the North American hard courts beckon.

It should, if the first half of the year has gone to plan, be a more rested and fine-tuned Federer who plays the rest of the year’s Masters where, in 2012, he was forced to withdraw from both Canada and Paris. He could even reinstate Basel if his body feels good, or he has lost early in a couple of events along the way.

But as it stands, this schedule is smart in not over-committing, in preserving options, and in keeping an eye on the long game—this is a man, lest we forget, who has talked of playing at the Rio Olympics. For among those ‘goals’ that he was not ready to share in London might be the Davis Cup—he alone of the top four men played it in 2012 to ensure Switzerland stayed in contention in 2013.

His late start to the New Year may have one eye on a tough opener against newly-crowned champions, the Czech Republic, straight after Melbourne. Should the Swiss advance, the quarters come hot on the heels of Miami: tough for those playing in Florida, easier for those who are not. And the semis fall in the recovery month between the US Open and Shanghai…it could all work out rather neatly.

What might this schedule reveal about the other goals that continue to inspire a man about to embark on his 15th year on the tour? Well there are three Masters titles he has yet to win. Monte Carlo is probably the closest thing to a lost cause as long as Rafael Nadal is in the draw—Federer has been runner-up to the Spaniard three times—and that event will again be bypassed. But Rome would surely be a bigger feather in Federer’s cap, and perhaps more attainable in this year’s schedule than in his 12 previous attempts.

The other is Shanghai, the youngest Masters on the tour but home to a vast and dedicated fan-base. Perhaps his success in 2013 will depend on the US Open series, and perhaps on the Davis Cup, but the fact that he made the journey to China in this most backbreaking of seasons indicates its place in his priorities.

And then, of course, all this could change. For Federer is in, perhaps, the happiest phase of his tennis career. Most of the boxes are ticked, most of the records are his, and the rules and regulations are now all in his favour. By every measure that the ATP can throw at him—he has reached 31, he has given more than 12 years’ service and he passed their 600 matches milepost several years ago—he can pick and choose how many Masters to play.

It all comes down to his physical durability—and this schedule shows he intends to take good care of that—and his desire to play—and there are few clearer signs of such desire than a commitment to prioritise training and embrace change.

The smartness with which Federer has managed all this is one final thread in his evolution from Wimbledon junior champion to 31-year-old superstar: The intellectual challenge of beating rivals, both old and new:

“It’s part of the puzzle that makes me motivated…Novak, Andy and Rafa are not the only guys out there…I love playing against particularly young guys as well…It’s nice seeing them grow, see what the next generation comes up with, what kind of playing style. So for me, that would suffice.”