US Grand Prix 2012: Red Bull's Mark Webber is looking forward to racing at the "awesome" Circuit of the Americas this weekend 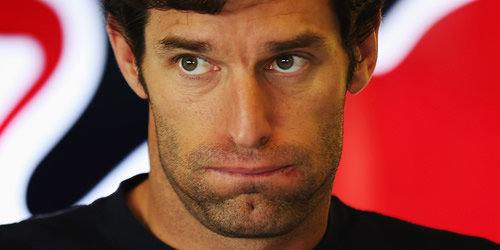 Mark Webber admits he is looking forward to racing at the brand new Circuit of the Americas at this weekend’s US Grand Prix and believes the track will prove to be one of the most challenging on the calendar.

The Red Bull driver, who is currently fourth in the drivers’ standings, says the Hermann Tilke-designed circuit looks “awesome” and cannot wait for Sunday’s race in Austin, Texas.

“We need to see track temperatures and how the asphalt is for the car in terms of grip – we’ve got a lot of unanswered questions which we only learn on Friday, but the layout looks awesome,” said the Red Bull driver. “It’s probably one of the best layouts of the year in terms of being challenging for the drivers and the cars.

“I’ve been to Austin a few times, I’ve got some buddies there. It’s a really vibrant city, similar to Melbourne, and I know the locals are going to really embrace it. They obviously have the huge music festivals and they pull those off really well in terms of the organisation and getting everyone around.”

The circuit’s controversial designer Tilke, who has often been accused of producing bland tracks which result in dull races, is expecting drivers to make a host of errors in first practice but expects them to adapt quickly.

“I think there are some real difficult parts of this track,” Tilke told the magazine. “I expect in first practice the drivers will make many mistakes, but they are so good they will learn it quickly because they are the best in the world.

“The track goes up and down, and there is also one corner which is banked the wrong way. For the drivers it will be hard, it will be difficult to set up the car and it will be tough to keep the tyres running correctly too. That could mean there are more problems with the tyres, which will be good for the race.”

India v England: Lessons as Swann stars for the tourists on day one