The Australian Open still remains on top of the pile when it comes to prize money, reports Marianne Bevis 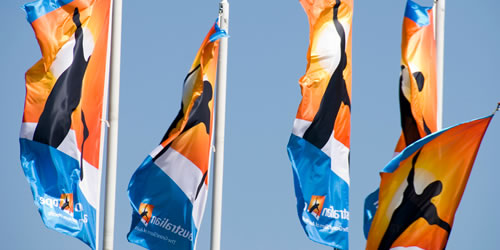 The Australian Open starts on 14 January 2013 Photo: Plinkk, via Flickr

The Australian Open may once have been considered the poor relation of the Grand Slam circuit, with its distance from the beaten track of Europe and North America a step too far for players and fans alike.

Yet decade by decade, the ‘friendly’ Slam in distant, sunny, laid-back Australia has become not just one of the most enjoyed sporting events in the world but possibly the most successful of the Grand Slams in building its profile and status—and nowhere more so than in that key commodity, money.

For what may have been missed in this week’s announcement from the US Open about its increased players’ purse for 2013 is that its Australian cousin still remains top of the pile when it comes to prize money.

Next month, players will compete for a total of £19 million compared with the £18 million on offer in New York. And although the USTA may point to its unique US Open Series bonus scheme—where points accumulated through the summer’s North American swing can swell a player’s earnings at the Open—there is no getting away from the fact that Australia, in 2013 just as in 2012, will offer the biggest up-front prize in tennis history.

This, though, is just one area where, in its efforts to compete with the rest of the Grand Slam quartet, the Australian Open has overcome disadvantage to lead the way.

Although it began life in 1905 in its current home of Melbourne, the Australian Championships were hosted over the years by six other cites in Australia and New Zealand. Once settled back in Melbourne, the tournament quickly outgrew its Kooyong home and moved to a new venue—switching from grass to hard courts—in 1988. And having hovered between one year and the next, December and January, during the 1970s and 80s, it also found a permanent slot in the calendar: the last fortnight of January.

It has since become the first to incorporate a roof in case of adverse weather—extreme heat or rain—and the first to have two courts with retractable roofs. It is going further still, with a multi-million dollar development plan that incorporates a roof for the Margaret Court arena as well.

And now the Australian Open is the second most attended of the Slams—more the 200,000 ahead of Wimbledon and snapping at the heels of the US Open.

Until recently, however, the tournament’s location—more particularly its time-zone—has limited its live worldwide audience, but even this is becoming less significant with new technologies transforming methods of broadcasting and streaming.

Its website also boasts a treasure trove of complete matches from across the years in its “AOTV vault”: try John Newcombe against Jimmy Connors in 1975’s final or Martina Navratilova beating Chris Evert in the 1981 final.

The people behind Australian tennis are finding other ways to build its global reach, too. They have already joined forces with the burgeoning tennis market on their doorstep—relatively speaking—by branding their tournament “The Grand Slam of Asia-Pacific”.

They have also reached out to that market with a tour of the Australian Open trophies during the Association of Tennis Professionals (ATP) Asian swing in China and Japan. That tour launched more collaborations: a ball-kid exchange programme with Australia’s neighbours and a prestigious Wild Card play-off tournament to win places at the Open itself.

But it is the issue of prize money that continues to occupy the players, the Slam organisers, and thus the headline writers. The news from Australia in October came on the back of a year or more of growing discontent about the proportion of Grand Slam income that is distributed to players, especially those at the lower end of the pecking order.

The top four players—Roger Federer, Rafael Nadal, Novak Djokovic and Andy Murray—met with fellow players and representatives of the Grand Slams not just at the Australian Open but also at Indian Wells, and changes did emerge when purses for the Majors were subsequently announced.

The prize pot for Wimbledon rose by 10 per cent—its largest increase since 1993—to £16.1 million, with the biggest percentage increase given to players knocked out in qualifying—over 21 per cent—and in the early rounds—up by between 9 per cent for fourth-round losers and 26 per cent for first-round losers.

The move followed a similar announcement by the organisers of the French Open. There, the purse went up by almost a million euros to a total of €18.7 million—£15 million—with first-round losers getting a 20 per cent rise.

Then at the US Open, the prize money went up by a $1 million to top $25.5 million—£15.7 million—with players falling in the first three rounds getting an extra 18 per cent.

But discontent still simmered around the corridors beneath the Arthur Ashe stadium, exacerbated by repeated rain delays and a concertinaed schedule for the concluding weekend. There were renewed suggestions of a strike that had first surfaced in New York in 2011 and then again in Melbourne this year—with 2013’s Australian Open a possible first target.

As the first Slam in the tennis calendar firing line, Australia again rose to the challenge. Despite already boasting the biggest prize pot of the four Slams, it announced another substantial increase that poured oil on the waters ahead of the next players’ meeting at the Shanghai Masters. Murray affirmed: “They’ve obviously listened to the players and the ATP, and have made a real effort to improve things.”

Federer, who heads the Players Council, was more guarded: “It is nice to see they have made a move. Is it significant enough? I’m not sure. We’ll see how things play out…” His previously-voiced concerns over the rewards at the bottom of draws may be allayed by the increases just announced: rises of more than 30 per cent for losers in the first three rounds.

So perhaps it is no surprise that the increased purse announced by the US Open, which falls short of Australia’s, has drawn an unusually forthright statement from the ATP. As well as criticising the decision to play a Monday final, it said of the prize money:

“Over the last nine months the ATP and its players have asked that the US Open fully recognise the fundamental role of the players in driving US Open revenues, which are the largest in our sport. The ATP therefore remains committed to continuing discussions on this issue, with the objective of ensuring that the players’ share of the revenues at the US Open truly reflects the value that they generate for the event.”

Maybe the USTA will rue showing its financial hand so soon, for it seems that the other Slams will be expected, at the very least, to match the Australia Open’s offering—and the French Open and Wimbledon have yet to pronounce. Meanwhile, the youngest of the four leads the way—and not just by virtue of its place in the tennis calendar.

Read more about the role of the top four men in the prize-money debate this year.

Will a third Monday solve the US Open’s ‘Super Saturday’ problem?