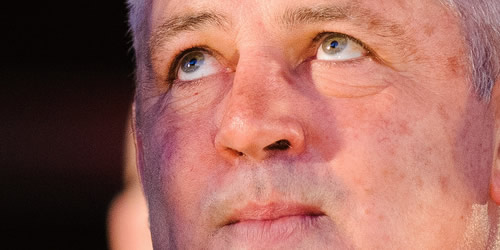 Warren Gatland will have been left with plenty to ponder after the autumn internationals were not kind to the northern hemisphere teams with a series of disappointing results.

With the British and Irish Lions tour to Australia looming large on the horizon, the head coach will be concerned that hardly anyone made a significant case for their inclusion next summer.

While overtly, Australia, despite being weakened through notable injuries, proved that they are still a dominant force and well worth their No2 status in the world.

Taking into consideration those who missed out through injury and if everyone is fit, here is a possible starting XV for the first Test in Brisbane on 22 June.

Leigh Halfpenny was “the cub” in 2009 when he was called up by Sir Ian McGeechan for the South Africa tour, but this time there is no dispute as to who the form full-back is. In a Welsh team that has gone backwards this autumn, Halfpenny has produced a serious of assured displays. Comfortable under the high ball, he times his runs into the attacking line with aplomb and he is an international class kicker from the tee. His defence also stands up to the highest scrutiny with his try-saving tackle on Julian Savea against New Zealand being a classic example. While Halfpenny looks nailed on as a starter, there is strength in depth with England’s Ben Foden and Alex Goode as well as Ireland’s Rob Kearney and Simon Zebo looking for strong showings in the Six Nations to press their case for inclusion.

While George North’s rise prior to this autumn series has been meteoric, Tommy Bowe has been ever so consistent for Ireland and his performance against Argentina was a timely reminder that he remains a world-class threat on the wing. North was robbed of the opportunity to face New Zealand and Australia with a hip injury but his sheer strength and power are not to be ignored. Bowe was so impressive on the previous tour in 2009, while North’s understanding with his compatriot Halfpenny could lead him to getting the nod next summer. Competition for the wing slots is extremely high with England’s Chris Ashton, Scotland’s Tim Visser and Wales’ Alex Cuthbert all in contention. Both Ashton and Visser like to come inside and hunt for the ball and run useful support lines which can make all the difference at the highest level.

The inclusion of Tuilagi at 12 is quite controversial but if any coach would be bold enough to make such a decision, it is Gatland. With Wales’ Jamie Roberts out-of-form and the head coach preferring a big centre-small centre partnership, Tuilagi’s international form for England is hard to ignore. He was brilliant all autumn for the Red Rose and topped it off wonderfully against New Zealand with incisive line breaks, support runs and an excellent reading of the game. He can do everything needed as an inside centre and while he may be a novice at 12, having someone of Brian O’Driscoll’s talent and experience outside him will allow him to make the correct decisions. The Ireland captain’s know-how and class will allow the Leicester star to concentrate on his own game. Ireland have missed their talisman and it would be a fitting end to his career to be involved on this tour. With the Welsh partnership of Roberts and Jonathan Davies, as well as Ireland’s Keith Earls in contention as well, there will be a variety of options to choose from next summer.

Sexton has been the stand out fly-half this autumn, and his two tries against Argentina underlined his growing maturity. Having finally consigned Ronan O’Gara to the bench, he has kicked on this autumn with sensible game management, good kicking and a try scoring threat. While the Leinster man has improved, his competition has regressed. Much was expected of Wales’ Rhys Priestland this year but he has so far flattered to deceive and was ousted from the team by Dan Biggar and only reclaimed his place when Biggar was injured. England’s Toby Flood and Owen Farrell never really got going aside from solid goal kicking and their lack of ball in hand threat will probably stand against them next summer, as a fly-half needs to be able to offer more than just kicking ability.

While he was somewhat fortuitous to get his opportunity against South Africa as Danny Care didn’t do anything wrong in the previous matches, Youngs has emphatically seized his chance to impress. Against the All Blacks, he was busy around the breakdown, providing quick ball and organising a surprisingly dominant English pack. With Care in fantastic form as well, England are blessed with talent in abundance in this position and both should tour next year. Mike Phillips from Wales and Ireland’s Conor Murray both performed well this autumn and will be looking to push their claims in the Six Nations. Scotland’s Henry Pyrgos showed glimpses of talent against South Africa but has a lot of work to do if he is to be in the squad next summer.

Both Cian Healy and Dan Cole have been performing at the highest level for the past two seasons and have cemented themselves as cornerstones of their respective packs. With Wales props Adam Jones and Gethin Jenkins either injured or out-of-form and Scotland’s Euan Murray inconsistent, it is a great relief that these two young men have stepped up. Both are solid at the set-piece and have really developed their all-round game with strong tackling and a willingness to run with the ball. At hooker, most of the first-choice options missed out this autumn through injury and while England’s Tom Youngs made the most of the opportunity, the experience and class of England’s Dylan Hartley and Ireland’s Rory Best will probably see them as favourites. Hartley’s physicality and leadership will probably give him the nod over the Irishman.

With seasoned internationals like Paul O’Connell, Luke Charteris and Alun Wyn Jones injured, the locks in the frame for the Lions tour have a distinctly youthful feel. Donnacha Ryan is perhaps the senior man as he has finally began to step out of O’Connell’s shadow and his performances this autumn have been solid. While Ryan has taken his time to come onto the international scene, Joe Launchbury’s rise has been incredible. He only began playing professional rugby 18 months ago and has not looked back since. His cameo against Australia was enticing enough for England to give him a start and his rampaging runs in the loose make him a real threat. With England’s Courtney Lawes and Scotland’s Richie Gray beginning to find form after injury as well the second row provides some interesting combinations.

While the Lions team will have competition throughout, the back row is perhaps the most fiercely contested. Australia have two of the world’s best No7s in David Pocock and Michael Hooper, so Wales captain Sam Warburton has to start and he is beginning to regain his form after a shaky start to the season. Dan Lydiate, who has been missing through injury would have been a certain starter but the form of Chris Robshaw this autumn cannot be ignored. Decision-making aside, he has been a true warrior, always in the thick of the action and playing at his natural No6 position can only benefit the team. Robshaw and Warburton just beat Tom Wood, Justin Tipuric, David Denton into the side. At No8, Jamie Heaslip has responded to the responsibility of Irish captaincy with a series of impressive performances. With Wales’ Toby Faletau and England’s Ben Morgan still finding international consistency he is a safe bet at the base of the scrum.